Through taste and trial, the brand is proving to consumers that zero never tasted so good by giving consumers the opportunity to redeem up to 10 million FREE Pepsi Zero Sugars starting during the NFL Playoffs through the Super Bowl. The upgraded Pepsi Zero Sugar recipe uses a new sweetener system to land a more refreshing and bolder taste profile than the previous Pepsi Zero Sugar varietal. Whether it's sensational offerings that break the internet, like Pilk & Cookies, groundbreaking cola innovations like Nitro Pepsi, wildly popular new flavors like Pepsi Mango, and now the new and improved Pepsi Zero Sugar, team Pepsi is constantly identifying consumer trends and preferences and working to create flavor profiles that meet consumers' ever-evolving needs.

The advantaged new Pepsi Zero Sugar formula is another example of the brand's innovative approach in delivering new flavor profiles. In fact, consumer preference testing has shown that the new Pepsi Zero Sugar outpaces the old formula across the board, including key metrics like overall liking and purchase intent. Consumers in the comprehensive assessment study preferred the new Pepsi Zero Sugar, considering it more: refreshing, tasty, having a real cola taste, smooth, able to pair with food and more.

"At Pepsi, we put our consumers at the forefront of everything we do," said Todd Kaplan, chief marketing officer, Pepsi. "Our R&D team leveraged the best new beverage technology to upgrade our Pepsi Zero Sugar product to give fans the best tasting cola in the zero-sugar category. The product is truly a breakthrough as it is the best zero sugar cola we've ever had – period. We're so confident in its taste, that we are making up to 10 million free Pepsi Zero Sugars available to consumers so that people can try it for themselves."

While the new Pepsi Zero Sugar formula rolls out across the United States, the brand is preparing a suite of consumer-facing marketing activations as the brand seeks to prioritize the zero-sugar category across in-store and media marketing channels.

Some of the campaign activations around the new and improved Pepsi Zero Sugar include: 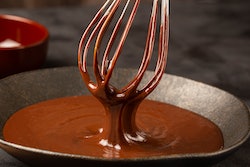 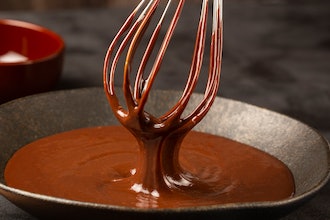 How the beloved treat gets its flavor, texture and tricky reputation as an ingredient.
February 8, 2023