The product is a frequent target for fraud. 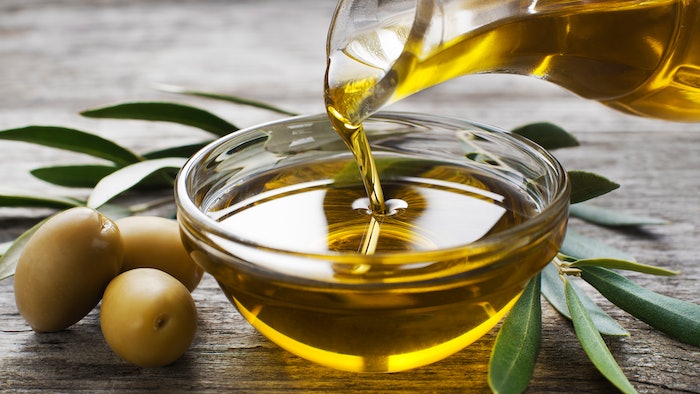 Olive oil is one of the most prestigious agri-foods in Spain and it is the base of the Mediterranean diet. This is why adulteration and commercial fraud cases occur when it comes to the origin and varieties of a product with such an economic and business interest.

Now, a team from the Faculty of Pharmacy and Food Sciences, Torribera Food and Nutrition Campus and the Institute for Nutrition and Food Safety Research (INSA) of the University of Barcelona presents a new authentication tool to check the geographical origin of virgin olive oil as a control on the quality, tradition and product linked to the territory.

The new methodology, created for different geographical levels, has been published in the journals Food Chemistry and Food Control, and has been set as part of the work by the Research Group on Lipid and Bioactive Compounds in the Food Chain (LiBiFOOD) of the UB, aimed at creating analytical tools to verify the authenticity of foods and prevent food fraud. The Institute of Agri-food Research Technology (IRTA) collaborates in these projects too.

In the authentication process of foods, it is decisive to have analytical strategies that verify the origin of the products and help establishing the official method. The new tool provides a response to this need regarding food safety and traceability and it presents an authentication strategy that can be applied to at different geographical scales.

“The new methodology enables us to discriminate between virgin olive oils produced in the European Union and those that are not, apart from classifying them according to the country of origin and verify which oils belong to the Protected Geographical Designations of Origin of the same region or even adjacent ones," said researchers Stefania Vichi and Alba Tres, coordinators of the research line in Authentication of Foods and members of the Torribera Food and Nutrition Campus and INSA.

The new geographical authentication strategy is based on the analysis of sesquiterpene hydrocarbons — organic compounds formed by three isoprene units — which proved to be excellent origin markers for olive oil.

“The cornerstone of an efficient authenticity tool is for it to be based on robust analytical markers. In the case of the geographical authentication of the virgin olive oil, the markers depend largely on the variety of olive tree and the area where it grew, without being significantly influenced by other factors related to the process of extracting or preserving pol," said researcher Beatriz Quintanilla-Casas (UB-INSA), first author of the studies.

“The sesquiterpene hydrocarbons present in the virgin olive oil meet the requirements from above and are robust geographical markers of this commercial product. Also, since they are semi-volatile compounds, they can be easily analyzed with a widely used analytical tool — mass spectrometry-coupled gas chromatography — with a previous solid-phase microextraction, a relatively quick and automated procedure which does not require the use of solvents”.

The new protocol can authenticate virgin olive oils through a fingerprint, which works similarly to the unequivocal recognition of people using fingerprints.

“In this case," Vichi said, "the sesquiterpene fingerprint is used for the development of geographical discrimination models that enable us to identify those oils that show an analytical signal very different from those considered as reference oils."

“Traditionally, reference methods for the authentication of products are based on the determination of one or a few compounds, so that the legal limits are set to decide whether the product meets certain specifications. Non-directed methods — like fingerprinting — enable using all the available analytical data, instead of focusing on certain compounds like traditional methods do,” said Alba Tres.

An accessible and easy to apply methodology

The innovative nature of the analytical strategy lies in the fact that it proposes geographical markers that have been little studied to date for this purpose. Moreover, the new protocol is based on an analytical technique, which is at the reach of most control laboratory (public and private ones) and it only requires the application of a non-traditional approach.

"Therefore, with the fingerprint approach, we can use a great amount of analytical data provided by the technique, but which had not been considered until now," the team said.

The process of transforming an analytical method into an official methodology with a legal validity is slow and complicated, especially if the provided innovation is based on an untargeted approach. In the case of the new technique, created in collaboration of the virgin olive oil producers, the first potential users would be the inspection and control laboratories, certification entities and big marketing companies of the olive oil sector.

The proposal of a geographical authentication strategy presented in the study could become a new screening tool applicable to inspections and auditions, “in order to contribute to guarantee that the products that reach the market are authentic and therefore reduce the commercial fraud opportunities in the food sector.” 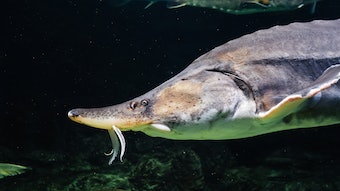 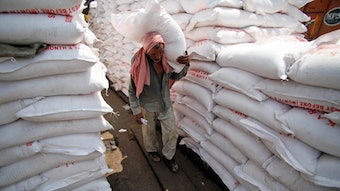 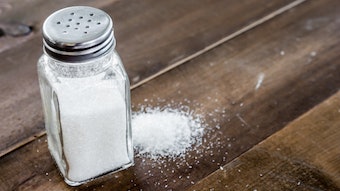 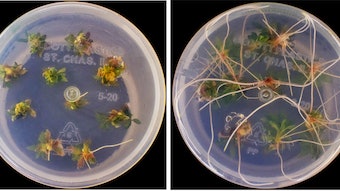 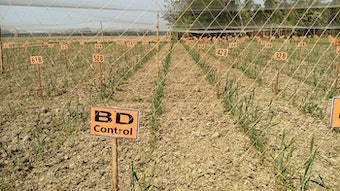 More and more farmland around the world is being exposed to saltwater.
May 23rd, 2022
Follow Us
Most Recent