Researchers examined hundreds of restaurant menus from the late 19th century to the present day.

Vancouver seafood lovers may see more Humboldt squid but less sockeye salmon on restaurant menus in the near future due to climate change.

That’s according to a new study by UBC researchers which examined 362 Vancouver restaurant menus from four time periods, spanning 1880 to 2021. They identified locally-caught species on these menus, and determined each species’ preferred water temperature based on previous studies. The researchers then took an average preferred temperature across all species’ identified for each of the four time periods, and found that the highest preferred temperature occurred in the present-day at nearly 14 degrees Celsius, three degrees higher than in 1880, and almost five degrees higher than the lowest temperature calculated in 1962.

These temperatures were related to contemporary sea surface temperatures, which increased from about 10 degrees Celsius in 1980 to 10.7 degrees in 2021.

“We set out to discover if warming waters due to climate change are already affecting what seafood restaurants serve in their menus,” said senior author Dr. William Cheung, professor and director of the UBC Institute for the Oceans and Fisheries. “While it’s not a case of cause and effect, our findings indicate that the seas around Vancouver were warming during the studied time periods, so fish species that prefer warmer waters dominated there. It’s likely that they were more available to catch for sale, and so local seafood restaurants offered more of these types of fish.”

Two species in particular stood out: Humboldt squid, which have been expanding their territory further north as water temperatures rise, and sardines, catches of which dropped since the 1940s but which recent studies suggest will become more abundant again with warmer water in the future. “Humboldt squid is not something that we see in restaurant menus at all before the 1990s but we see it is much more common now, and sardine, which has historically disappeared in seafood menu, may return in the future” says Dr. Cheung. Vancouver diners could expect to see both species featured more frequently on seafood menus in the near future, he added. “We know sockeye salmon isn’t doing well in B.C. That means local sockeye might be less available in the near future, and it’s likely local restaurants may choose other salmon species, or other fish species.”

The biggest changes in species found on menus occurred from 1981 to 1996, compared with 2019 to 2021, where warmer water preferred species tended to occur more frequently in recent times. “That’s when lots of the bigger changes in temperature occurred, and that’s also the time when some of those changes are really starting to have bigger and more obvious effects on the fish stocks,” Dr. Cheung said. The extreme marine heat wave known as ‘the Blob’ and the abnormally hot weather of the past several decades, leading to shifts in distribution and abundance of exploited species, could be behind the increased pace at which seafood menus are transforming, he said.

“Climate change is already affecting everyone, not only the fishermen who are catching the fish, but the people who go to restaurants and eat fish,” he said. “We can expect to see less stable availability of seafood if we consume local catch. Expect that we may not be able to get all the same seafood year-round, or all the time.”

Other non-climate related factors do affect the availability of species that restaurants have to serve, such as fishing activity, aquaculture and imported supply. The researchers tried to account for these uncertainties in various ways, and the research highlights a trend that is related to the changes in ocean temperature, says Dr. Cheung. "Given the other evidence of how fish and fisheries are responding to climate change, the trend we detected is likely to also be related to the changing oceans.”

The study highlights the usefulness of alternative data sources, said co-author John-Paul Ng, a UBC undergraduate student and researcher. Menus are also generally free and readily available online, compared with some fisheries data. "People go to restaurants every day. I think drawing the line from science to something that is very relatable for people in the real world is something the study accomplishes,” he said.

Future studies could use other unorthodox materials, such as cookbooks, and even paintings from local artists who focus their work on the ocean, to gain insight into the shifting distribution of marine life, he added.

The study “Signature of climate-induced changes in seafood species served in restaurants” was published in the journal Environmental Biology of Fishes. 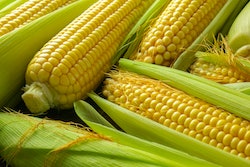 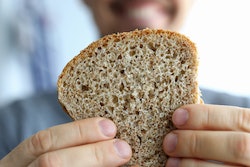 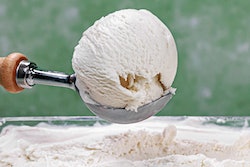