A major confectionery maker says Brexit could come between Britons and their beloved chocolate. Hubert Weber, European chief of Mondelez International, says the company is stockpiling ingredients, chocolate and cookies as part of contingency plans for a disruptive "hard Brexit." 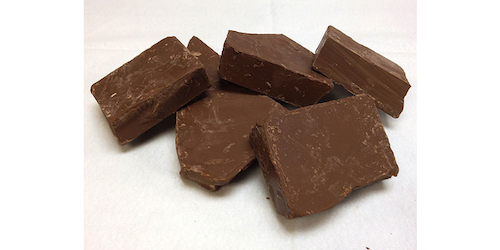 LONDON (AP) — A major confectionery maker says Brexit could come between Britons and their beloved chocolate.

Hubert Weber, European chief of Mondelez International, says the company is stockpiling ingredients, chocolate and cookies as part of contingency plans for a disruptive "hard Brexit."

Britain is due to leave the European Union on March 29. The two sides have yet to agree on future economic relations, leaving companies uncertain about whether currently frictionless trade can continue.

Weber was quoted Tuesday by The Times of London as saying that "from a buffering perspective for Mondelez, we are stocking higher levels of ingredients and finished products."

He said Britain "is not self-sufficient in terms of food ingredients" and warned shoppers could face higher prices and fewer choices if there is no deal.

The shifting numbers for almonds show how the figures printed on nutrition labels may not be as precise as they seem.
Candice Choi
Feb 4th, 2020

The program will provide curriculum on the ecology of microorganisms and pathogens in foods, and what measures are used to prevent their growth.
University of Nebraska-Lincoln
Feb 4th, 2020

The product was shipped to a single distribution location in Iowa, which then distributed the product to institutions, including schools.
USDA
Dec 23rd, 2019

Scientists don't know much about the domestication of microbes, and as a result, society fails to appreciate their pivotal contributions to the foods and drinks that we enjoy all year long.
Antonis Rokas
Dec 19th, 2019

This partnership represents the first time in vitro oral processing will be applied in the category of meat analogs.
Motif FoodWorks
Dec 12th, 2019

At the heart of the matter for the Italian company are hazelnuts grown in Turkey.
Associated Press
Dec 6th, 2019