Vintners in southern Wisconsin and southeastern Minnesota are reeling from a weekend cold snap that ruined huge swaths of their grapes. 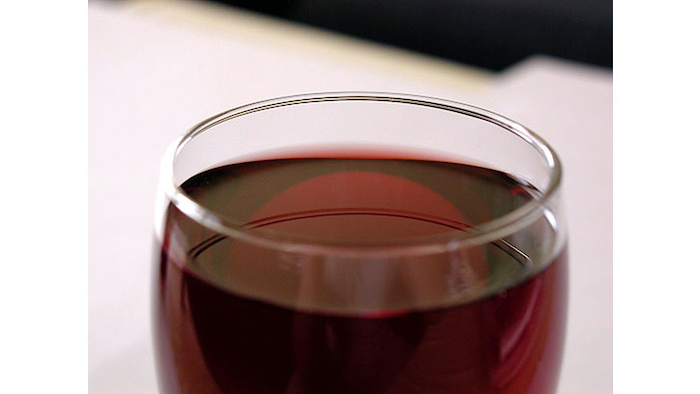 MADISON, Wis. (AP) — Vintners in southern Wisconsin and southeastern Minnesota are reeling from a weekend cold snap that ruined huge swaths of their grapes.

Temperatures dipped below freezing in much of those areas late Saturday and early Sunday, wiping out grape shoots that had emerged early due to a warm spring. The cold turned the water in the shoots cells to ice, killing the tissue, said Amaya Atucha, a University of Wisconsin-Madison assistant horticulture professor.

Steve Johnson, head of the Wisconsin Grape Growers Association, said Tuesday that vineyards west of Madison suffered the worst. An informal survey of growers shows at least 30 vineyards in that area lost more than 50 percent of their crops, he said.

John Falconer, who owns the 12-acre Falconer's Vineyards in Red Wing, Minnesota, said he lost his entire crop after the mercury dropped below 30 degrees for four hours.

"It looks so terrible," Falconer said. "(The cold) took everything. Mother Nature slapped us this year."

Wollersheim Winery in Prairie du Sac, Wisconsin, lost 75 percent of its red grapes and 25 percent of its white, said co-owner Julie Coquard. She said workers dragged a "frost dragon," a propane-fueled heater, across the winery's 30 acres of vineyards, but to no avail.

"The year was looking so good," Coquard said. "That's what's so frustrating. It's so sad to see the grape vines get gray and black at the ends."

Johnson didn't have any loss estimates. Some wineries may yet see secondary grape buds on their vines, though it's unclear how much fruit they might bear as the plants recover from the freeze, he said. Generally, though, each lost acre of grapes amounts to a loss of about $7,000 to $8,000 and 3,000 bottles of wine, he said.

The freeze shouldn't lead to any immediate, large-scale wine shortages for consumers. The freeze-out was extremely localized, UW-Madison's Atucha noted.

Wineries already have their 2016 products on the shelves, but Wisconsin and Minnesota vintners will start to feel the pinch going into next year when the September harvests roll around.

Growers also could hope the secondary buds produce fruit, but those shoots likely won't flower for another month, pushing harvest back into October. That increases the chances cold temperatures could prevent the grapes from ripening or kill them outright, however, forcing growers to decide whether to invest the time and money in raising that crop, Atucha said.

Many vintners with damaged crops like Falconer and Coquard likely will have to purchase grapes from elsewhere to generate 2017 inventory, Johnson said.

"I don't know what our expenses will look like," Falconer said. "If you don't have your own crop, you're always paying more if you have to bring it in from outside. People will be scrambling for what fruit there is. It is frustrating, and nothing can be done about it."