The ice cream maker announced the addition of four non-dairy ice creams to its product lineup. 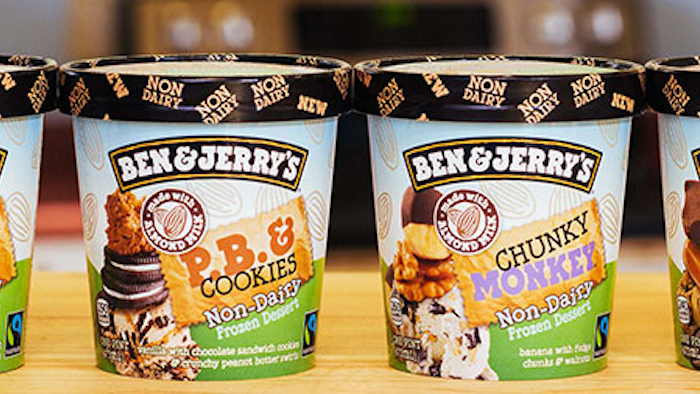 According to the Ben & Jerry's news release announcing the new products:

For years, Non-Dairy fans have been forced to watch ice cream consumers with envy and were unable to participate in a truly indulgent frozen dessert experience. Now the tables have turned. Non-Dairy and vegan consumers can enjoy two classic Ben & Jerry’s flavors as well as a two Non-Dairy exclusive flavors all to satisfy their indulgence cravings.

“Creating these new flavors with a Non-Dairy base composition that meets the high expectations of Ben & Jerry’s consumers was quite a challenge,” said Flavor Guru Kirsten Schimoler. “We wanted to bring the same fun with all of the creamy, funky, and chunky swirls plus the Ben & Jerry’s flavor excitement to our Non-Dairy fans and we nailed it!”