A Closer Look at US Hop Production

The U.S. Department of Agriculture's National Agricultural Statistics Service in December announced that hop production increased 11 percent in 2015 compared to 2014. Here's a closer look at the numbers.

The U.S. Department of Agriculture's National Agricultural Statistics Service in December announced that hop production increased 11 percent in 2015 compared to 2014, thanks to increased demand from craft beer brewers.

If you are wondering how that compares to hop production on a year-by-year basis since 2000, the chart below provides some context.

Washington, Idaho and Oregon were the top hop-producing states, according to the December report from the Associated Press. According to the AP report:

Those three states produce about a third of the world supply. Oil from hop cones is used in beer for flavoring and stabilizing.

Production and acreage increased in all three states despite extreme heat early in the season and a low winter snowpack that influences irrigation. 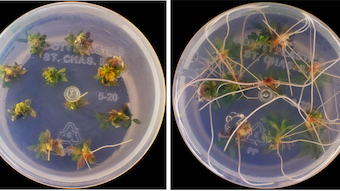