Grape growers and winery owners have been severely impacted by widespread wildfire smoke in recent years. 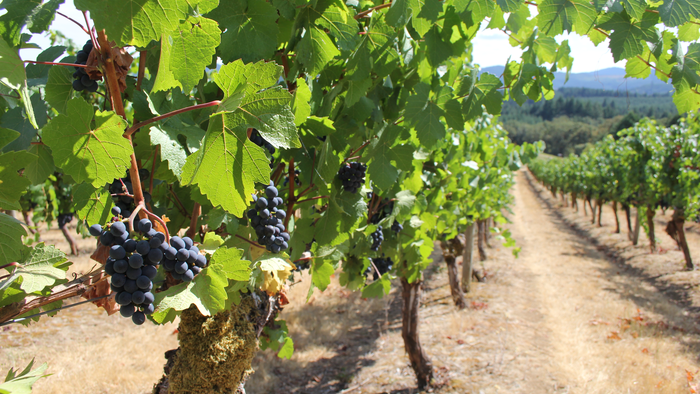 CORVALLIS, Ore. – Oregon State University researchers and a team of West Coast university collaborators have received a $7.65 million grant to study the impact of smoke exposure on grapes, a project that will provide critical knowledge to grape growers and winery owners severely impacted by widespread wildfire smoke in recent years.

Oregon State researchers will work with scientists at Washington State University and the University of California, Davis, on the four-year project, which is funded by the U.S. Department of Agriculture’s National Institute of Food and Agriculture.

“Smoke events are only likely to increase, and last year made it clear we need to be better prepared,” said Elizabeth Tomasino, associate professor of enology at Oregon State and lead researcher on the grant. “This research will go a long way in providing tools that will allow the grape and wine industries to quickly make decisions that significantly impact their economic livelihoods.” 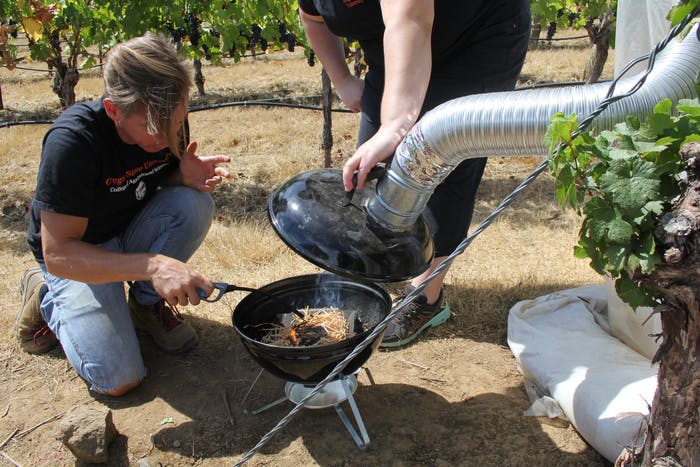 Elizabeth Tomasino, an associate professor of enology, and Cole Cerrato, a doctoral student in her lab, study the impact of smoke exposure on grapes at Oregon State University's Woodhall Vineyard.Sean Nealon

The grape and wine industry contributes $220 billion to the U.S. economy, and wine grapes are the highest value fruit crop in the country, according to WineAmerica, a group that represents the wine industry in Washington, D.C.

Wildfires are a significant threat to these industries because persistent exposure to smoke compromises the quality and value of wine grapes and adversely affects wines. That threat is particularly pronounced on the West Coast of the United States, where California, Oregon and Washington are three of the nation’s top four wine-producing states.

An economic analysis of the 2020 wildfires estimated losses up to $3.7 billion, a number that will be felt into 2023 because many wineries have decided to not produce wine from 2020 grapes due to the severity of impacts from wildfires. 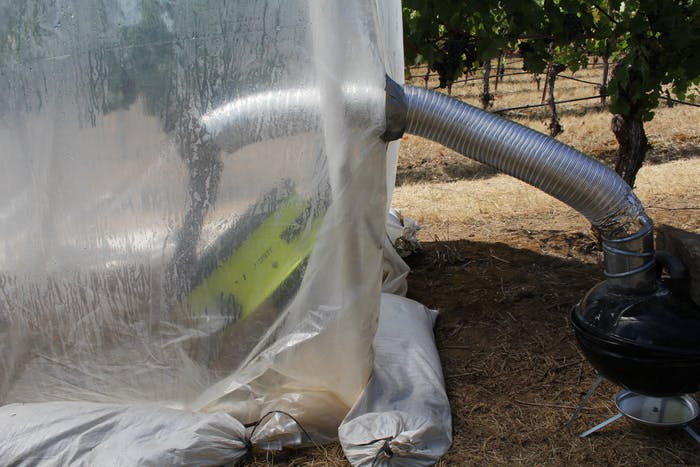 In the wake of the challenging 2020 vintage, the grape and wine industry on the West Coast want to better understand how smoke density and composition impact grapes, grape vines, wine composition and sensory perception of the wine in a glass. The research team is calling this a “smoke to glass” understanding.

With the grant, the team seeks to:

The grant builds on other recent smoke taint research efforts at Oregon State.

Last fall, researchers, including Tomasino and other members of the Oregon Wine Research Institute, which is housed at Oregon State, quickly mobilized to process more than 600 grape samples and 800 wine samples from Oregon growers and used gas chromatography mass spectrometers to analyze the types and levels of smoke compounds in them.

In June, the Oregon Legislature approved $2.6 million to fund an Oregon State testing lab to assess the impact of wildfire smoke on wine grapes, orchard fruit and other crops.

The work planned with the new grant builds on previous research by the same team made possible by funding from the American Vineyard Foundation, Northwest Center for Small Fruits Research and the USDA’s National Institute of Food and Agriculture.

Other Oregon State researchers involved with the new project are: Alec Levin, James Sterns, Yanyun Zhao and James Osborne, all of whom are part of the College of Agricultural Sciences or Oregon State University Extension Service. 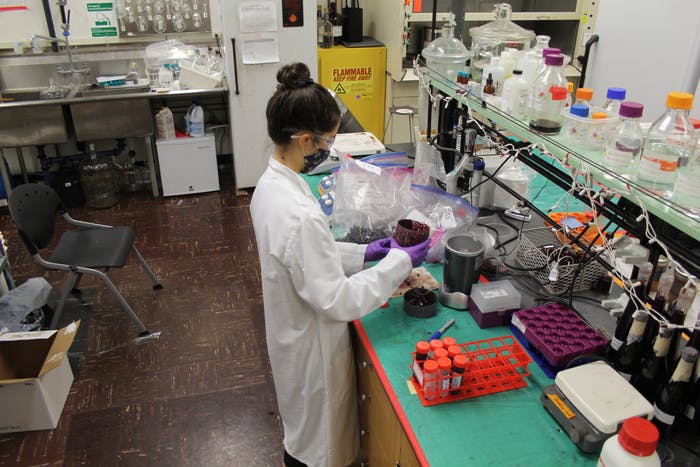