Also the company's treasurer, Mark Nelson will remain with the company in a consultant role for another 2 years.

In a Form 10-K regulatory filing with the SEC on March 1, Beyond Meat said that its chief financial officer and treasurer will retire in May.

The El Segundo, CA-based supplier of plant-based meat said that Mark Nelson informed the company on Feb. 26 that he plans to retire on May 5. Two days later, Beyond Meat and Nelson reached a retirement agreement in which Nelson will continue to offer consulting services to the company after that date until May 5, 2023.

Beyond Meat said it will conduct a comprehensive search for Nelson's successor and utilize a national search firm.

The company noted that Nelson's decision to retire is voluntary and is not a result of any disagreement with the company or matter relating to the company's operations, policies or practices.

Nelson joined Beyond Meat as its CFO in December 2015, adding the COO role in February 2016 and holding both titles until March 2017. He then briefly left the company to be CFO at medical device company Biolase for several months before rejoining Beyond Meat as its COO and CFO in May 2017. In September 2018, he was also appointed treasurer and secretary and resigned his COO position. He resigned as secretary in May 2019 and has held the CFO and treasurer titles since.

In just the last two months, Beyond Meat has announced major distribution deals with McDonald's and Yum Brands (owners of KFC, Taco Bell and Pizza Hut), a product collaboration with PepsiCo, and plans for a large new headquarters in El Segundo. 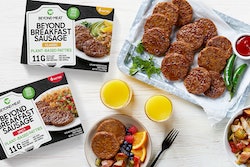 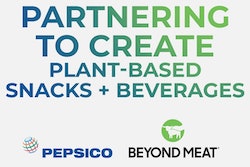 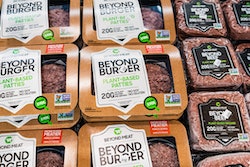