See who will lead senior staff positions as the USDA as the Biden administration gets started. 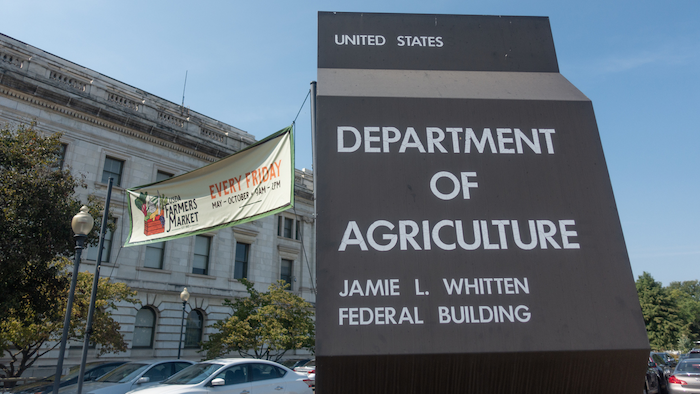 WASHINGTON — The U.S. Department of Agriculture today announced the names of individuals who will hold senior staff positions in Washington, D.C.

Katharine Ferguson was named Chief of Staff in the Office of the Secretary. Most recently, Ferguson served as Associate Director of the Aspen Institute Community Strategies Group. Before joining the Aspen Institute, Ferguson served in the Obama Administration as Chief of Staff for the White House Domestic Policy Council and as Chief of Staff for Rural Development at USDA. Ferguson also worked on the Senate Agriculture Committee and as staff to several U.S. Senators. Other work experience has focused on topics ranging from racial equity, community economic development, conservation, food and agriculture, public health and nutrition. Originally from Colorado, she is a graduate of Tufts University and holds an MPA from the Maxwell School of Citizenship and Public Affairs at Syracuse University.

Robert Bonnie was named Deputy Chief of Staff for Policy and Senior Advisor, Climate, in the Office of the Secretary: Most recently Bonnie served as an executive in residence at the Nicholas Institute for Environmental Policy Solutions at Duke University. Previously, he served as Director of the Farm and Forests Carbon Solutions Initiative at the Bipartisan Policy Center, where worked to develop new initiatives to combat the climate crisis through agricultural innovation. During the Obama Administration, he served as Under Secretary for Natural Resources and Environment and as a Senior Advisor to Secretary Vilsack for climate and the environment. He worked at the Environmental Defense Fund for 14 years. Bonnie holds a master’s degree in forestry and environmental management from Duke University, and a bachelor’s from Harvard College.

Sara Bleich, PhD was named Senior Advisor, COVID-19, in the Office of the Secretary: Previously, Bleich served as a Professor of Public Health Policy at the Harvard T.H. Chan School of Public Health. Her research centers on food insecurity, as well as racial injustice within the social safety net. She is the author of more than 150 peer-reviewed publications. From 2015-2016, she served as a White House Fellow in the Obama Administration, where she worked in USDA as a Senior Policy Advisor for Food, Nutrition and Consumer Services. Bleich holds a PhD in Health Policy from Harvard University and a bachelor’s degree in psychology from Columbia University.

Kumar Chandran was named Senior Advisor, Nutrition, in the Office of the Secretary. Most recently, Chandran was Policy Director for FoodCorps and led the Washington, D.C. office. Prior to that, he served as Chief of Staff to the Under Secretary for Food, Nutrition, and Consumer Services in the Obama Administration. Prior to his tenure at USDA, Chandran served at the national nonprofit Share Our Strength.

Justo Robles was named White House Liaison in the Office of the Secretary. Prior to joining USDA, Robles served as Georgia Deputy Coalitions Director for Biden for President. Previously, he was Deputy Director and Chief of Staff for Energy Independence Now, a national nonprofit advocating for clean energy. In the Obama Administration, Robles served as Advance Lead in the Office of the Secretary of Defense, among other positions in the Department of Defense.