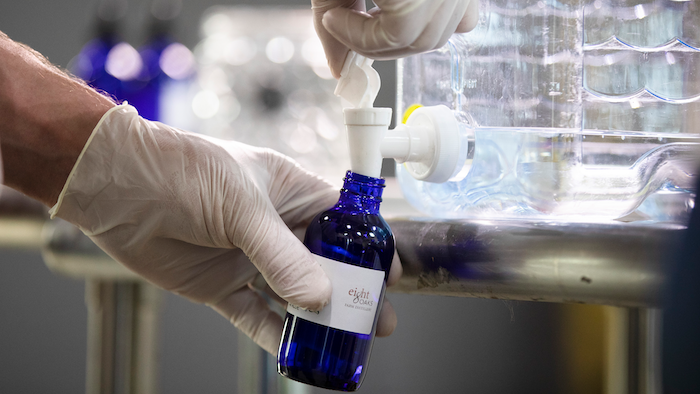 NEW TRIPOLI, Pa. (AP) — A Pennsylvania distillery owner who grew increasingly angry as he saw the skyrocketing price of hand sanitizer has decided to do something about it: He’s temporarily converting his operation into a production line for the suddenly hard-to-find, gooey, alcohol-based disinfectant.

Eight Oaks Farm Distillery filled its first 20 bottles on Monday, a batch destined for charitable groups that need hand sanitizer but haven’t been able to get it due to the coronavirus pandemic. The family-owned distillery plans to dramatically boost production this week and distribute the bottles to charities as well as offer them at farmers’ markets where it sells its spirits and through its website.

The price: whatever people decide to donate. 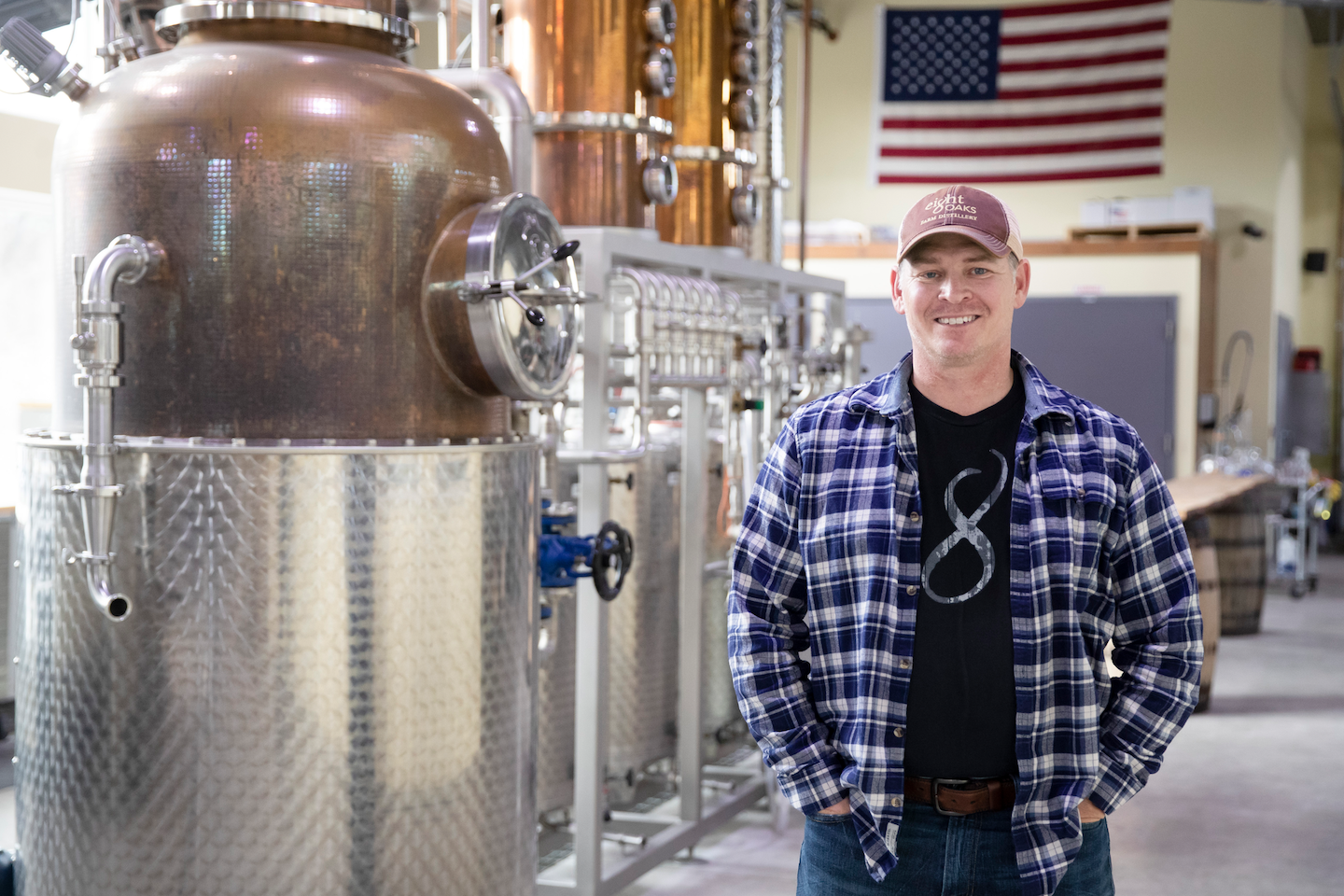 Chad Butters, founder of Eight Oaks Farm Distillery, poses for a photo at their facility in New Tripoli, PA on Monday, March 16.Associated Press“We are in a national emergency,” said brewery founder Chad Butters. “What’s the right thing to do? The right thing to do is support this community by providing something that is in desperate need. We’ll flood the valley with hand sanitizer and drive that price right down.”

Other distilleries are also putting their spirits to work to help fill the shortage of hand sanitizers. Green Mountain Distillers in Morrisville, Vermont, is giving away a hand sanitizing solution and Durham Distillery in Durham, North Carolina, is donating one to hospitality colleagues, using high-proof alcohol and other ingredients. Patrons must bring their own containers.

“We wanted to do something that would be as positive as possible,” said Harold Faircloth, an owner of Green Mountain Distillers. 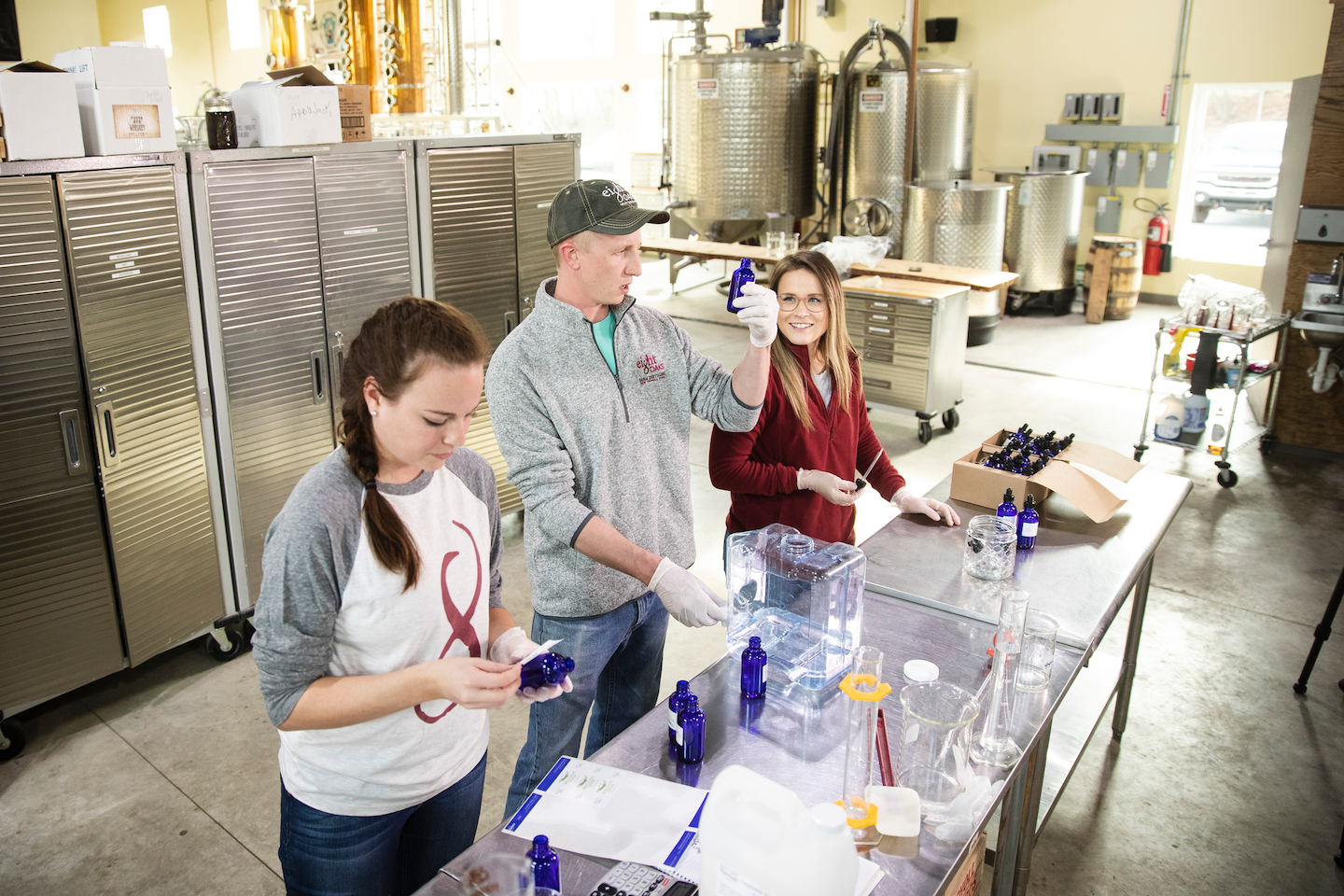 Smugglers’ Notch Distillery, also in Vermont, plans to launch a hand sanitizer later this week at its Waterbury and Jeffersonville sites. A portion of the proceeds will be donated to Vermont’s efforts to respond to the virus outbreak.

“I know I have a unique opportunity to help out a little bit and keep my staff employed,” said co-owner Jeremy Elliott, who said 40% of his business comes from bars and restaurants, which are closing in some parts of the country.

The Distilled Spirits Council of the United States, a trade group, has been in touch with federal regulatory agencies as well as the Trump administration's coronavirus task force to clear red tape and “make sure we can be quick and nimble and fill a need in the marketplace,” said Chief Executive Officer Chris Swonger. “We all want to do our part.” 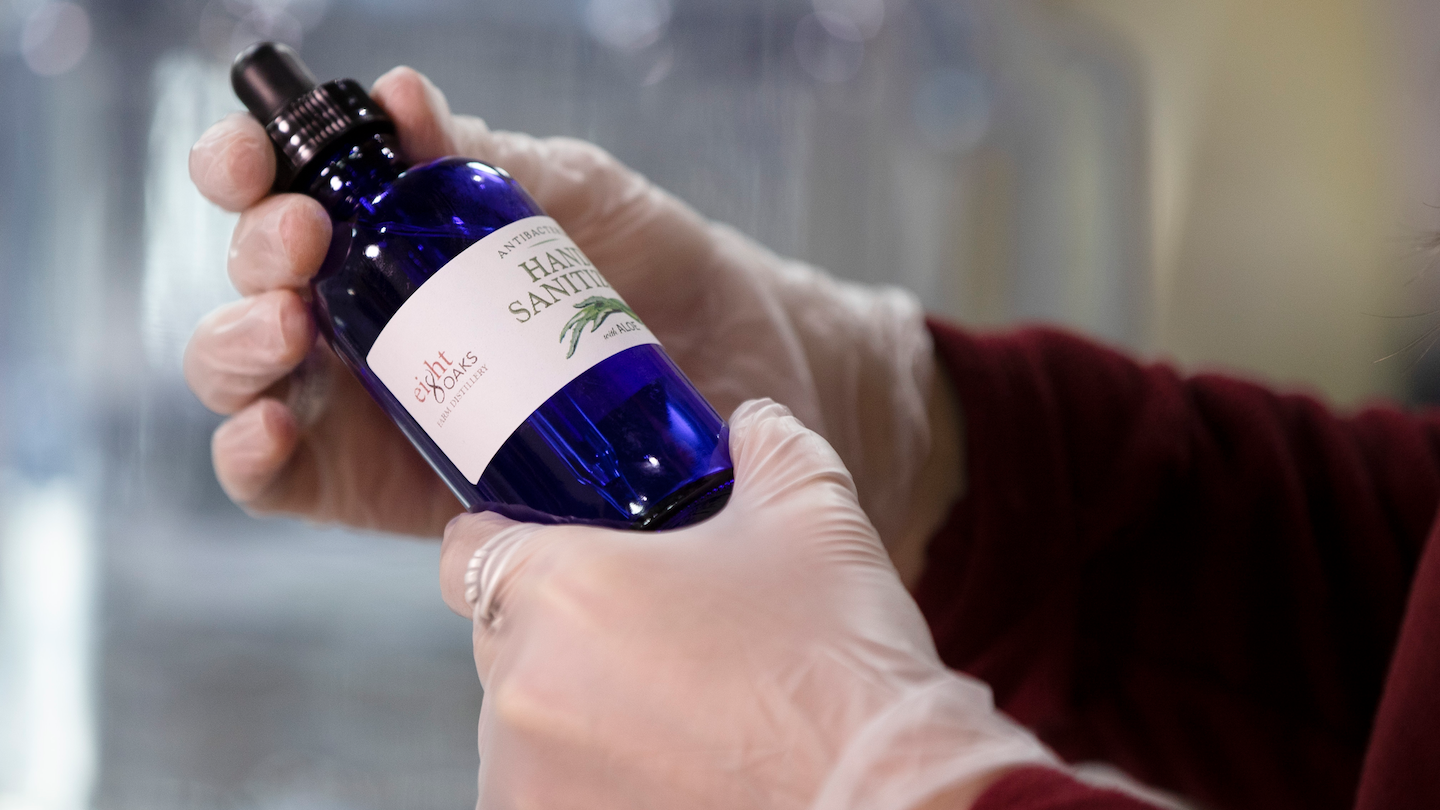 Logan Snyder bottles hand sanitizer made at the Eight Oaks Farm Distillery in New Tripoli, PA.AP Photo/Matt RourkeAt Eight Oaks Farm Distillery, about 70 miles (115 kilometers) north of Philadelphia, workers experimented with high-proof alcohol, aloe and glycerine to get just the right consistency. The recipe is based on one published by the World Health Organization.

As word got out about what Eight Oaks was up to, the distillery began hearing from people and groups in need, including a pediatric cancer organization and a woman whose 12-year-old son has heart disease and was desperate for hand sanitizer to help keep him safe.

“I cannot find it anywhere and this virus is especially dangerous to him,” she wrote to the distillery.

Stories like that are why Butters was so disgusted with price gougers who were selling sanitizer online for more than $300 an ounce — and why he decided to shift his company’s focus.

“We’re trying to make sure we continue to provide a paycheck for our employees and support our community however way we can do that,” he said.

For most people, the new virus causes only mild or moderate symptoms, such as fever and cough. For some, especially older adults and people with existing health problems, it can cause more severe illness, including pneumonia, and death. The vast majority of people recover.

Beyond the humanitarian impulses of individual distillers, the liquor industry also has a vested interest in seeing the virus threat dissipate quickly, given its economic reliance on bars, restaurants and other hospitality and entertainment venues that have been shuttered by the outbreak.

Brad Plummer, spokesman for the American Distilling Institute and editor of Distiller Magazine, said he’s been seeing a lot of talk among distillers interested in converting part of their operations to hand sanitizer.

“The hospitality industry is going to be decimated by this and they are our primary clients. We’re looking for ways to help in the response to this, but also to find other ways to look for revenue streams,” he said.