But it's not the Impossible Burger that's worked in the U.S. 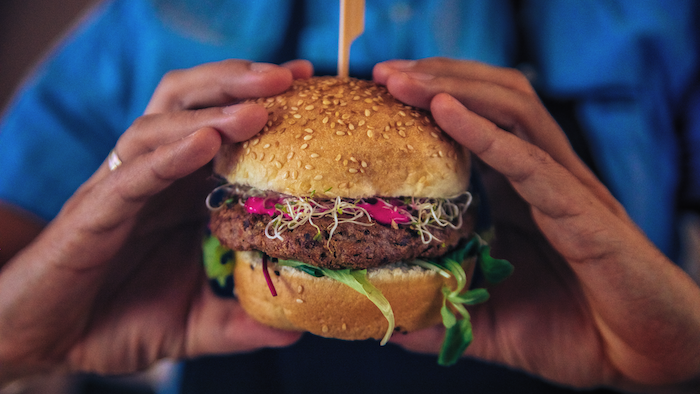 Burger King is introducing a plant-based burger in Europe. But it's not the Impossible Whopper that's been a hit with U.S. customers. Instead, a Dutch company called The Vegetarian Butcher will supply the new soy-based Rebel Whopper. It will go on sale Tuesday at 2,400 restaurants across Europe.

Impossible Foods' burger hasn't been approved for sale in the European Union because it contains genetically modified ingredients. The EU requires testing on such products before they are sold. A spokesman for the Dutch government confirmed that Impossible submitted an application last month and is awaiting a ruling from the European Food Safety Authority.

The Impossible Whopper — made by California-based Impossible Foods — attracted many new U.S. customers to Burger King when it debuted this spring. Miami-based Restaurant Brands International — which owns Burger King — said the chain's U.S. sales rose six percent in the third quarter, compared to growth of one percent the prior year.

The Impossible Whopper was such a success that Burger King is now testing other versions — including a kid's Impossible Cheeseburger — at 180 U.S. restaurants. Impossible gets heme — the protein that gives its burger meat-like flavor and texture — from soy leghemoglobin, which is found in the roots of soy plants. To make heme in high volume, Impossible inserts DNA from soy into yeast and ferments it.

The U.S. Food and Drug Administration doesn't approve foods before they go on the market and relies on companies to ensure their safety. But the FDA does require approval of additives such as artificial colors. Since soy leghemoglobin also gives Impossible burgers their color, the agency required Impossible to get approval before selling uncooked burgers in grocery stores. The FDA approved Impossible's petition in July.

Impossible Foods wouldn't say when it expects to sell the Impossible burger in Europe. Impossible burgers have been sold in restaurants in the U.S., Hong Kong and Singapore for years. Burger King said it partners with different suppliers globally for many of its products, not just plant-based burgers.

"Given the positive reactions to the product in the U.S.A. and raising demand in Europe, Burger King wanted to bring this category to Europe as soon as possible," the company said in a statement.