Kellogg shares have increased seven percent since the beginning of the year. 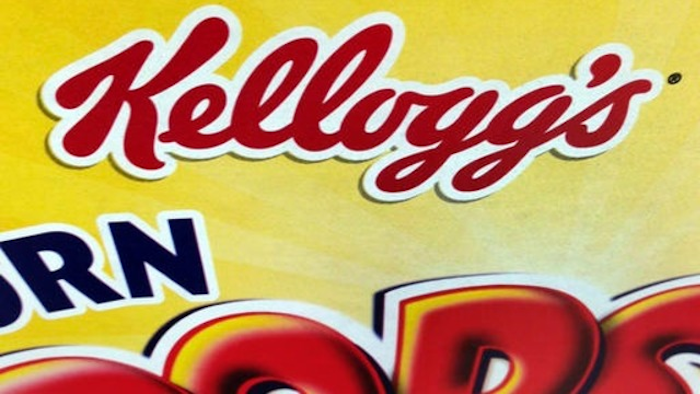 The results exceeded Wall Street expectations. The average estimate of five analysts surveyed by Zacks Investment Research was for earnings of 91 cents per share. The maker of Frosted Flakes, Pop Tarts and Eggo waffles posted revenue of $3.37 billion in the period, matching Street forecasts.

Kellogg shares have increased seven percent since the beginning of the year, while the Standard & Poor's 500 index has increased 21 percent. The stock has fallen 12 percent in the last 12 months.