Remaking a Philly Classic - Minus the Salt

In 2018 one in three adults in Philadelphia had high blood pressure. 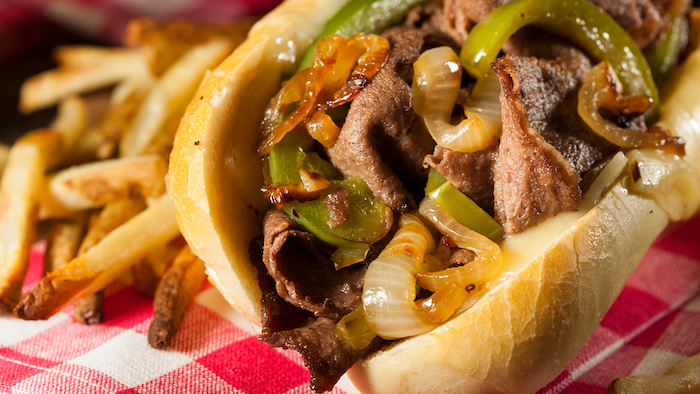 However, City department food services staff had difficulty sourcing some compliant alternatives to popular foods for the standards. This led to PDPH's partnership with Drexel Food Lab, the culinary innovation lab within Drexel University's Department of Food and Hospitality Management in the College of Nursing and Health Professions. The Food Lab was brought in to reformulate foods to contain less sodium, with its first priority being hoagie rolls, a Philadelphia staple. The six-inch sandwich rolls contain around 300-400 mg of sodium in each roll.

"Hypertension, or high blood pressure, is one of the most dangerous threats Philadelphians face. Most people don't know that breads, like hoagie rolls, are major contributors to the amount of salt that we eat," said Thomas Farley, MD, commissioner of the Department of Public Health. "I applaud this effort to develop new, tasty, lower-sodium choices that will make eating a healthy diet easier."

The Food Lab, with testing led at the time by Manager Alexandra Zeitz and Benjamin Fulton, a food science graduate student, experimented with the hoagie roll formula through trial and error. They tested varying salt levels in the recipe and taste-tested rolls with Food Lab students, PDPH staff, City department food service staff and other stakeholders.

"It seems easy on the surface to remove salt from the recipe, but salt is complicated in bread making. It has many functions beyond taste including regulating the growth of the yeast and contributing to structure," said Jonathan Deutsch, PhD, founder of the Food Lab and professor in the Food and Hospitality Management department. "It's complicated, and more so when the bread is produced in mass quantities in an industrial-scale bakery. Small imperfections become hugely magnified."

The Food Lab created a whole grain-rich, lower-sodium hoagie roll that passed sensory tests when used in a sandwich. The new, lower-sodium formula uses only 210 mg of sodium, about 70 mg less than the City's nutrition standards' limit.

With the new formula in hand, the Food Lab approached Amoroso's Baking Company to produce the roll in its industrial-scale bakery.

"Amoroso's Baking Company is grateful the Philadelphia Department of Public Health and the Drexel Food Lab trusted us to produce a quality product with the reduced sodium formula," said Jesse T. Amoroso, vice president of Amoroso Baking Company. "Through this partnership, we were able to add a delicious and healthy roll to our line of products."

In April 2019, Amoroso's Baking Company replaced the School District of Philadelphia's hoagie roll order with the new lower sodium formula. The school district, which already regulates the amount of sodium allowed in its meals, purchases 1.68 million rolls annually. With the lower sodium rolls reducing 40 percent, or 140 mg, of sodium in each roll, schools were able to cut an additional 1,294 pounds of salt annually from school lunches.

As interest has increased, Amoroso's Baking Company has indicated that it is using the lower-sodium formula for other types of rolls in their product line.

"This innovative project has the magnitude to reach the Philadelphia community, students in our schools and beyond," said Rosemary Trout, program director of Culinary Arts and Food Science in the Food and Hospitality Management department. "Developing new food products that are healthier, and taste delicious is our particular specialty, and we are grateful to have worked on this project with the Philadelphia Department of Public Health and Amoroso's Baking Company."

PDPH and the Food Lab's partnership continues as they experiment with sodium-reduced formulas for popular foods, including another Philadelphia staple soft pretzels, soup bases, ranch dressing and deli meats.