145 tons of tomatoes were offloaded from six trucks. 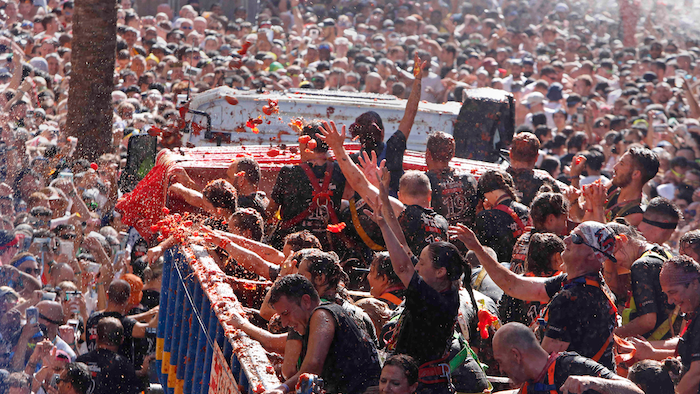 BUNOL, Spain (AP) — More than 20,000 people are pelting each other with ripe tomatoes in the annual "Tomatina" street battle in a town in eastern Spain that has become a major tourist attraction. The party saw 145 tons of tomatoes offloaded from six trucks into crowds packing Buñol's streets for the midday hour-long battle Wednesday.

The fight leaves participants and the surrounding streets awash in red pulp. Participants don swimming goggles to protect their eyes. Organizers hose the streets down moments after the event's end at noon while participants use public showers.

The event, which costs about $13 for a basic ticket, was inspired by a food fight between local children in 1945 in the tomato-producing region.