If the insects devour all the hay for sheep there's a risk they could attack other crops. 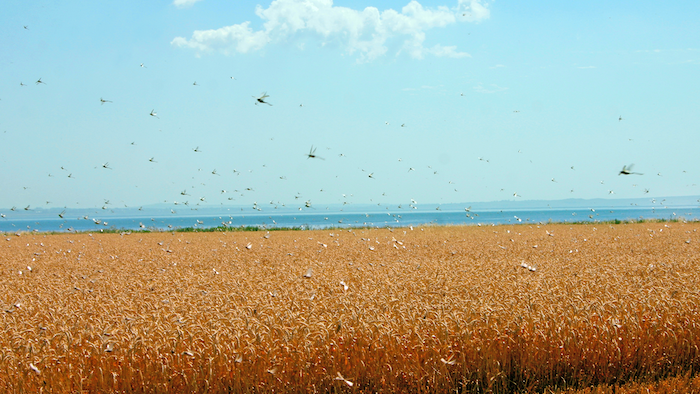 ROME (AP) — An unusually large swarm of local locusts, estimated in the millions, is plaguing farmers raising sheep and other livestock in Sardinia. The Italian farmers' lobby Coldiretti says it has asked for government help, even though it's likely too late to save the hay crop and grassland that livestock needs. Farmers have been trucking in hay from other parts of the Italian Mediterranean island, raising costs.

A locust expert, Alexandre Latchininsky, said Monday that if the insects devour all the fodder, there's a risk they could attack other crops, such as grape vines, on Sardinia. An official for the Rome-based U.N. Food and Agriculture Organization, Latchininsky told The Associated Press that it wasn't immediately known why the locusts are so particularly numerous this year.