Some new takes on the classic ballpark snack will continue to drive demand this season. 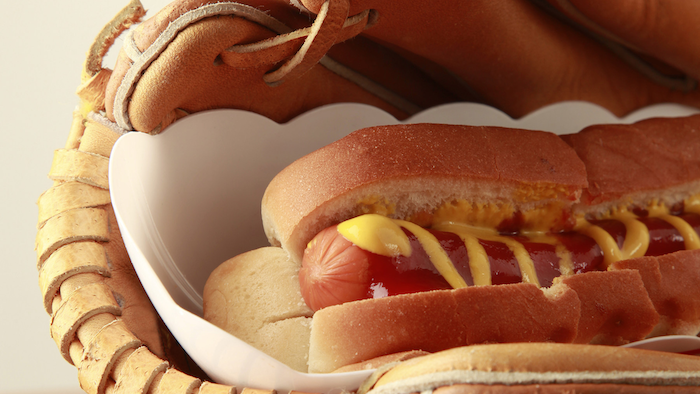 (PRNewswire)   When it comes to what we eat at Major League Baseball parks, the top dogs for well over a century have been hot dogs and sausages—and once again they will reign supreme in 2019. According to a survey by the National Hot Dog and Sausage Council (NHDSC), MLB fans are expected to consume about 18.3 million hot dogs and nearly four million sausages this season.

While it might not take the sting out of two straight World Series losses, the Los Angeles Dodgers will still top the big leagues wiener-wise, with projected sales of 2.7 million hot dogs at Dodger Stadium. America's "Second City" is a distant runner-up, with 1.2 million hot dogs waiting to be consumed at the Chicago Cubs' friendly confines of Wrigley Field.

The Dodgers' rivals up the coast take this year's sausage crown as San Francisco Giants fans are expected to "polish" off 450,000 sausages, with Cubs fans not far behind at 400,000. As in past years, the Brewers' Miller Park is the sole MLB venue where sausage sales will outpace hot dogs.

While old favorites will always be on the menu, the coming season will also throw some culinary curveballs. The Arizona Diamondbacks continue to bring their A-game, teaming up with Sports Illustrated for a new trio at Chase Field. These include:

"South of the border" is a common destination at MLB parks, witnessed by the Los Angeles Dodgers' new "Dodger Sausage," which stuffs a grilled, al pastor sausage with pineapple chunks and tops it with pineapple salsa and cilantro-lime crema. Then there's the nearly half-a-yard-long "Going Yard," a 16.5-inch jalapeño cheddar sausage topped with grilled onions, roasted corn and avocado relish, drizzled with sour cream.

Elsewhere on the compass, the inspiration for the Detroit Tigers' latest entry comes from the East: the "Coney Dog Egg Roll," a new spin on an egg roll stuffed with cut-up hot dogs and chili, drizzled in mustard and sprinkled with onions. You can bet it will rev up the crowds in Motor City!

San Francisco Giants fans at the newly renamed Oracle Park will partake in the "Pineapple Polish Sausage," a sweet and savory mix of pork and pineapple chunks that combine to make an instant classic. For those who prefer the added convenience of their food on a stick, organic corn dogs are debuting in 2019.

Also hailing from the Lone Star State, the Texas Rangers are debuting the "RWB (Red, White & Blue) Dog." This patriotic peculiarity is a beef frank, flanked by red and blue pickle relish, pleasing the palate with a blend of savory, sweet and spicy.

While everything might be bigger in Texas, the Minnesota Twins are lowering the "Boomstick" on Target Field. It's a two-foot-long beast smothered in chili, nacho cheese, grilled onions and jalapeños that got its start with the Rangers—keying off the nickname of slugger Nelson Cruz—who not coincidentally is now batting for the Twins.