The export figures have confirmed fears among whiskey industry leaders that tariffs would depress overseas sales. 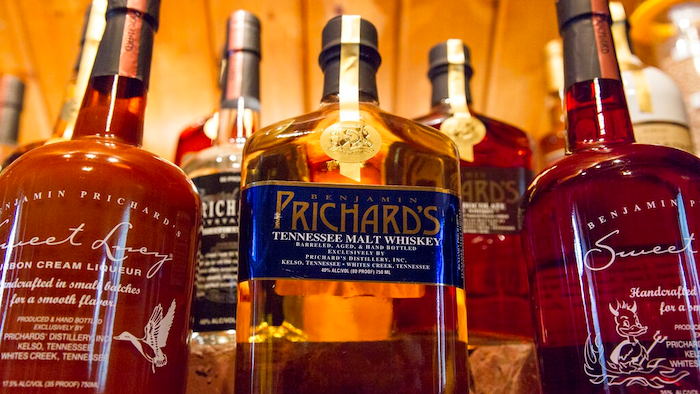 Overall exports of bourbon, Tennessee whiskey and rye whiskey fell 11 percent during the second half of 2018 compared to the prior-year six-month period as the impact of tariffs started to be felt, the Distilled Spirits Council said in a new report.

Last month, the council released an annual report that showed American whiskey exports had declined by 8.2 percent between July and November of 2018 compared to the prior-year period. But the report did not include December export figures.

"With the full-year data in hand, it is clear that the retaliatory tariffs are having a significant and growing impact on American whiskey exports," council President and CEO Chris Swonger said in a release. "The damage to American whiskey exports is now accelerating, and this is collateral damage from ongoing global trade disputes."

The export figures have confirmed fears among whiskey industry leaders that tariffs would depress overseas sales.

Since mid-2018, American whiskey makers have been caught in the middle of global trade disputes. EU tariffs targeting American whiskey and other U.S. products were a response to President Donald Trump's decision to slap tariffs on European steel and aluminum.

Whiskey makers in the U.S. also face retaliatory tariffs in Canada, Mexico, China and Turkey as part of trade disputes.

Those duties amount to a tax, which producers can either pass along to customers through higher prices — and risk losing market share in highly competitive markets — or absorb shrinking profits.

In the EU, American whiskey exports declined 13.4 percent in the second half of 2018 when tariffs slammed the brakes on shipments, the council said. It was a much steeper drop than the 8.7 percent export decline the council had reported for July through November of last year.

The EU still accounted for nearly 60 percent of total American whiskey exports in 2018. The United Kingdom, Spain, Germany and France are among top export destinations for American spirits. The end-of-the-year holiday season is traditionally the spirits industry's strongest sales season.

Whiskey exports to the EU surged by 33 percent in the first half of 2018, partly due to stockpiling of whiskey supplies by some large American distillers ahead of the tariffs. Smaller distillers, however, didn't have the luxury of stockpiling. And as trade disputes continue, and stockpiled supplies disappear, large distillers are being hit, too.

Despite the dramatic slowdown in the second half of 2018, American whiskey exports still managed a 5.1 percent overall gain in exports last year, to a record $1.18 billion. That was due to a 28 percent surge in total whiskey exports in the first six months of the year, the council said. But last year's increase was down sharply from the annual growth rate of 16 percent in 2017, it said.