The technology allows scientists to manipulate atoms and molecules as a way to enhance the appearance or nutritional quality of food. 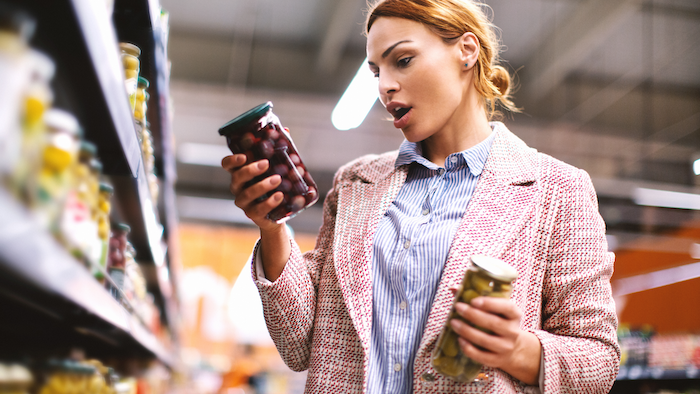 PORTLAND, Maine (AP) — An effort to make Maine the first state to require labels on foods made with the manipulation of tiny particles was shot down Thursday by a legislative committee.

Former Rep. John Eder wanted Maine to require labels for food products made with nanotechnology. Nanotechnology allows scientists to manipulate atoms and molecules and is touted by some as a way to enhance the appearance or nutritional quality of food. Maine's Joint Standing Committee on Agriculture, Conservation and Forestry unanimously rejected the labeling idea during a meeting.

Democratic Sen. Ben Chipman, of Portland, who submitted the bill and worked with Eder on it, described the proposal as a pro-consumer effort rooted in the belief that "people should know what's in their food." But food technologists and members of the Maine food industry cautioned that requiring such a label could make the state an exception in a country where no such labels exist.

Eder acknowledged that his proposal faced long odds and added the effort got the conversation started about how nanotechnology in food should be regulated at the state level. The agriculture committee agreed to send a letter directing the Maine Department of Agriculture to study the issue further.

"It's really a brave new world," said Eder, a Biddeford resident. "What's unknown is the risk to human health." The World Health Organization released a report about nanotechnology in food production in 2013. It states that food can be "can be cultivated, produced, processed or packaged with nanotechnology, or engineered nanomaterials can be added to food." The report also states that it's "important to consider all areas potentially associated with food safety" in using the technology.

A spokesman for the National Conference of State Legislatures said the Maine bill appeared to be the U.S.'s first effort to label food created with the use of nanotechnology. The agriculture committee held a public hearing on the bill March 5, and the proposal received questions from puzzled lawmakers and a chilly reception from a pair of Maine trade groups. Greg Dugal, director of government affairs for HospitalityMaine, said a labeling law would give Maine "outlier status" among the states.

Christine Cummings, executive director of the Maine Grocers & Food Producers Association, said the U.S. Food and Drug Administration is treating nanotechnology as "an evolving science." She said requiring labeling at this time would create a new burden on Maine's food inspectors and food suppliers, among others.

The labeling push harkened back to Maine's attempt to become one of the first states to require labeling of foods made with genetic engineering, or genetically modified organisms. That effort was eventually pre-empted by a federal labeling standard.

Before Thursday's vote, Maria Velissariou, chief science and technology officer for the Chicago-based Institute of Food Technologists, told The Associated Press in an email that the state would be wise to proceed with caution about labeling. "Prior to legislation being passed, there is a need to clarify key terms, including nanotechnology, and in the context of food. Any proposal of this nature should be vetted by stakeholders, including the scientific community," she said.