The North Dakota State football team was hosted at the White House with a lunch of Big Macs, french fries and Chick-fil-A sandwiches. 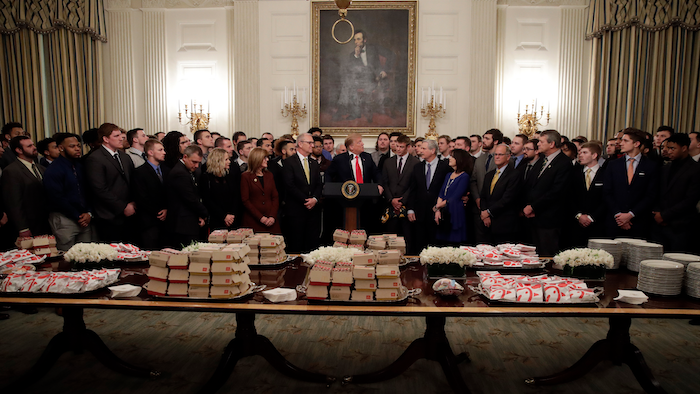 Trump served a similar spread that included hundreds of hamburgers to the college football champion Clemson Tigers in January, citing the government shutdown that was underway.

Trump says he could have offered the players chef-prepared food, but, "I know you people."

The Bison, who have the most titles in the NCAA Division 1 Football Championship Subdivision, ended the season on Jan. 5 with a 38-24 win over Eastern Washington University.