The findings show menus overall are less healthy than they were 30 years ago, despite the addition of salads and fruit. 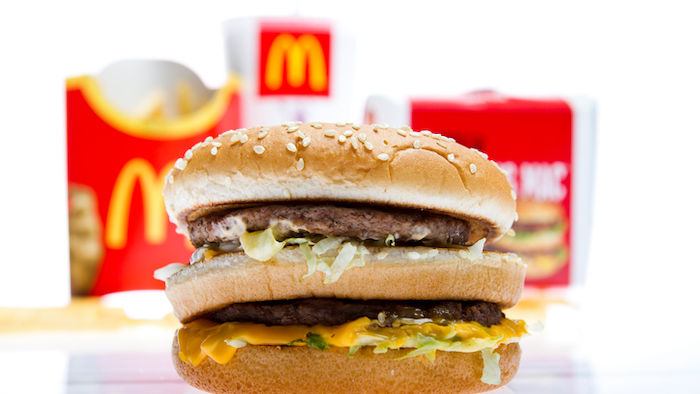 According to researchers from Boston University, fast food now contains more calories and sodium that it did in the past. The leading contributors to these trends are portion sizes at 10 of the top fast-food restaurants in the U.S. The study was published in the peer-reviewed Journal of the Academy of Nutrition and Dietetics. The findings show menus overall are less healthy than they were 30 years ago, despite the addition of salads and fruit.

The researchers analyzed offerings in 1986, 1991 and 2016 from at Arby’s, Wendy’s, Burger King, Carl’s Jr., Dairy Queen, Hardee’s, Jack in the Box, KFC, Long John Silver’s and McDonald’s. These franchises were selected because the nutritional information on portion size, calories and sodium was available for each of the three years being analyzed. Researchers divided the menus into entrees like sandwiches, burgers, hot dogs, salads or tacos and wraps; sides including breads, salads, soups, pasta and rice; and desserts such as brownies, cakes, frozen yogurt or milkshakes.

Calories in all three categories soared between 1986 and 2016, with the largest increases in desserts (up 186 calories on average), followed by entrees (up 90 calories). The calorie increases were due to the supersizing of entrees (up 13 grams every decade) and desserts (up 24 grams each decade). Entrees had the largest increase in sodium, with a 4.6 percent increase per decade.