88-Year-Old Buffett Has No Plans to Retire

In a recent interview, he also admitted that Berkshire Hathaway overpaid for its acquisition of Kraft Heinz. 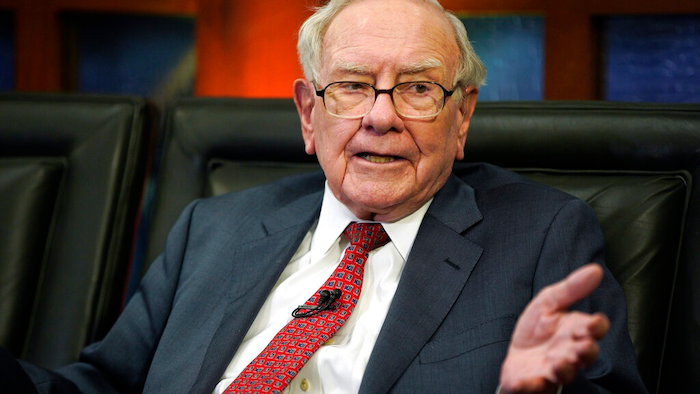 Buffett appeared on CNBC Monday after releasing his annual letter to Berkshire Hathaway shareholders over the weekend.

"Right now things look fine," said Buffett, who gets reports from Berkshire's eclectic assortment of companies. "Business looks decent. It's not galloping ahead."

But Buffett says the slow pace of home construction remains puzzling because he expected more renters would be buying their first homes by now — a decade after the recession.

Buffett said inflation is clearly increasing, but he hasn't seen anything alarming at this stage.

Berkshire's businesses have already seen some impact from the trade dispute with China, but so far some of the 10 percent tariffs imposed on Chinese goods have been absorbed by businesses.

Buffett says if tariffs are increased to 25 percent, that would likely have a significant impact on prices and more businesses may decide to change suppliers.

"The best thing would be for the United States and China to reach a sensible agreement," Buffett said.

Buffett said part of why his Berkshire Hathaway conglomerate didn't buy many stocks in the fourth quarter is that he was considering a major acquisition that fell through.

Some investors questioned why Berkshire didn't buy more stocks given that it is holding roughly $130 billion in cash and other short-term investments.

Buffett said Berkshire overpaid when it teamed up with Brazilian investors 3G Capital to buy Kraft Foods, so Kraft Heinz was correct to write down the value of its assets by $15.4 billion last week.

Kraft Heinz is still a wonderful business, he said, but Buffett said he wouldn't buy more shares at current prices because the value of the company has declined. Buffett's Berkshire owns about 26 percent of Kraft Heinz stock.

Buffett said store brands, such as Costco's Kirkland brand, have become much more powerful than they used to be. That has made it harder for branded food companies to negotiate with retailers.

At Berkshire, Buffett said his two potential successors earned roughly $18 million each last year managing the conglomerate's dozens of operating companies. By contrast, Buffett has received a $100,000 salary for decades as Berkshire's CEO, but his wealth comes from owning Berkshire stock.

Buffett said Greg Abel and Ajit Jain have both done a great job since they joined Berkshire's board in early 2018. Jain oversees the conglomerate's insurance businesses while Abel oversees non-insurance business operations.

He has said one of the two longtime Berkshire executives will likely become CEO eventually, but the 88-year-old Buffett has no plans to retire.

Buffett also said the two investment managers that Berkshire hired several years ago have done well, though their investments have trailed the S&P 500 a bit since they joined Berkshire. He did say both have outperformed his own investments.

Berkshire Hathaway Inc. owns more than 90 companies, including the railroad and clothing, furniture and jewelry businesses. Its insurance and utility businesses typically account for more than half of the company's net income. The company also has major investments in such companies as Apple, American Express, Coca-Cola and Wells Fargo & Co.