He said the cookie was a joke and not meant as a political statement. 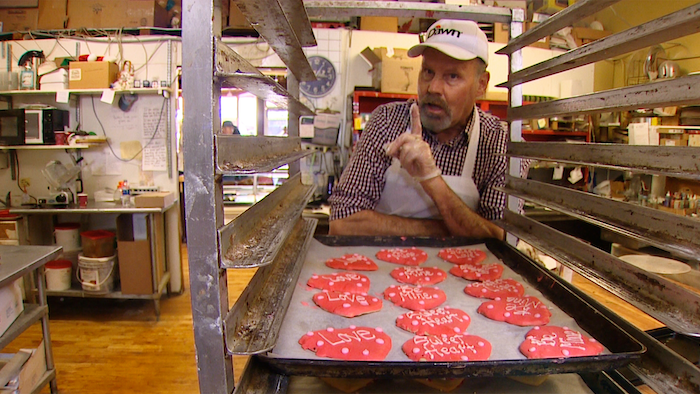 SEATTLE (AP) — A Washington state baker is apologizing for a politically charged Valentine's Day cookie that generated an uproar on social media.

KING-TV reports that Ken Bellingham, who owns Edmonds Bakery, has gotten phone calls from frustrated customers about the heart-shaped cookie with "Build that Wall" in frosting letters. The wall refers to President Donald Trump's signature campaign promise to build a southern-border wall.

The cookie was one of several decorated with messages such as "Addicted to Love" and "Cool Beans." Bellingham says the cookie was a joke and not meant as a political statement.

A woman, Ana Carrera, posted a photo of the cookie on Facebook, saying that as a person with Mexican heritage it felt personal. Bellingham says someone taped a sign to the shop calling for a boycott.