An audit stated that 62.5 percent of the products were 'rejectable.' 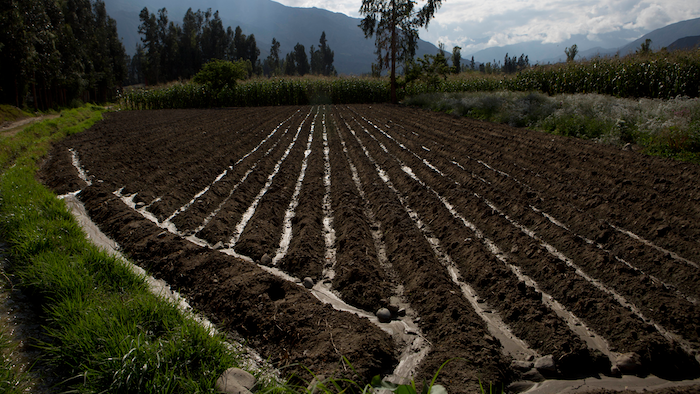 LA PAZ, Bolivia (AP) — What gets flushed down in Bolivia's capital city is used to irrigate the green, leafy fields that supply its produce markets. For farmer Richard Mamani, it's part of a family tradition. Like his parents before him, he uses water from untreated sewage to tend to vegetables that are his livelihood in the town of Valencia south of La Paz.

He has had safe drinking water for some years, but he says it's too expensive to use it on his fields. "We don't use fertilizers and look," he said, proudly pointing to corn and other vegetables.

Still, he knows the risks of using the water, which sometimes billows up clouds of foamy pollutants in the farm fields. "I know it's dangerous, even for our health, but we have to tend to our fields or else we'll starve," Mamani said.

Bolivia is one South America's poorest countries and the world's highest capital lacks a waste water treatment plant. The untreated field waters from households and factories flow into the Choqueyapu, Cotahuma and Orkohauira rivers that run from La Paz to the city's southern agricultural hub.

A 2013 environmental report by Bolivia's comptroller general described them as in a "very bad quality range." The Environment and Water Ministry says it hopes to change this with the construction of the city's first water treatment plant.

But for now, most of the produce that arrives in the early mornings at the markets in La Paz is often contaminated. An audit by the comptroller general said that out of a sample, "12.5 percent of agricultural products were acceptable; 25 percent were mildly acceptable; and 62.5 percent were rejectable."

There are no specific studies available that point to the impact on the health of the population, but the National Institute for Health Laboratories says 70 percent of acute diarrheic illnesses are linked to eating contaminated food, including vegetables.

The contamination is also a problem in rivers in other Bolivian cities such as Cochabamba and Santa Cruz, where 65 percent of Bolivia's 11 million people live. Mining often pollutes waterways in smaller cities.