Complicating the situation is that some brands of the tahini in question may lack specific production dates or have labels written in Hebrew. 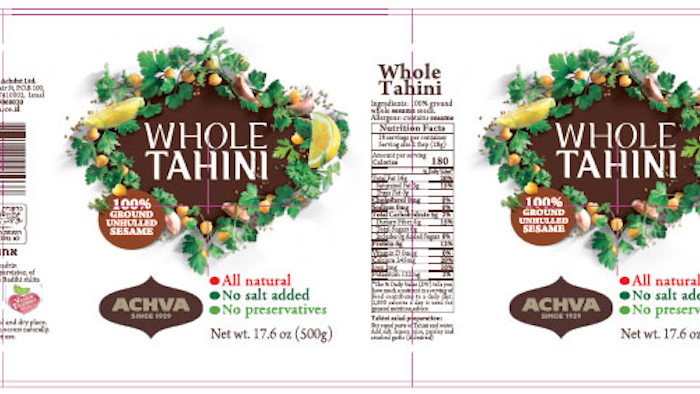 The U.S. Food and Drug Administration, along with the Centers for Disease Control and Prevention (CDC), and state and local partners, is investigating a multistate outbreak of Salmonella Concord illnesses linked to tahini imported from Israeli manufacturer, Achdut Ltd.

Complicating the situation is that some brands manufactured by Achdut may lack specific dates or may have labels written in Hebrew. Retailers and restaurants should not use any of the recalled tahini. The FDA is also urging any processors that might used the recalled tahini (either repacked or as an ingredient) to consider recalling their products.

A sample of imported tahini collected by the FDA at the point of import tested positive for Salmonella Concord. Achdut is collaborating with health officials. The probable root cause for this recall is cross contamination. According to the company, they have eliminated the source of the contamination and preventive steps have been taken.