Conservative management could be the best way to make sure the fishery in Maine continues rebuilding. 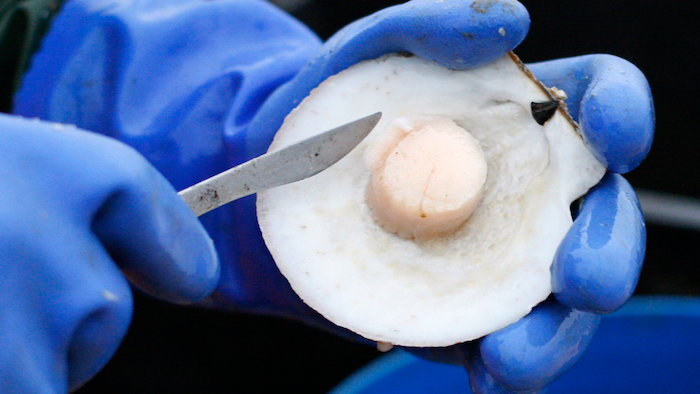 PORTLAND, Maine (AP) — Maine's scallop fishermen are looking at another year of conservative management, and members of the industry say that could be the best way to make sure the fishery continues rebuilding.

Maine is known for producing scallops that are somewhat bigger than other East Coast states, and some are plucked from the icy waters by hand during winter. Others are harvested by boats with fishing gear. The Maine Department of Marine Resources has said strict management of the harvest has allowed the scallops to rebuild from collapse in the mid-2000s.

"It took a lot of heavy lifting to get it where it is today," she said. "I applaud any efforts toward conservation."

The scallop fishery bottomed out at just over 33,000 pounds in 2005, and the state responded by applying conservation measures, such as rotating areas where scallopers could fish year after year. Last year, fishermen harvested nearly 800,000 pounds, which was the most in 20 years.

"We are hopeful that the recent upward trend in landings are attributed, in part, to the conservation measures that have been developed," said Melissa Smith, a marine resource management coordinator with the state.

The state divides the fishery into three scalloping zones. The most productive fishing grounds are in Zone 3, which includes Cobscook Bay. The state is looking to shave the number of fishing days in that area from 55 to 50 this year.

Closures cause grumbling among fishermen, but the conservative approach has helped rebuild the fishery at large, said James Ackley, a scalloper out of Machias, which is not far from Cobscook.

"They're doing what they think is best. Right or wrong, time will tell," he said.

The state is taking comments about the proposed rules until Sept. 24. The first fishing would begin on Dec. 1 and the last could take place as late as April 20.