The new Old Forester distillery is housed in the same building the brand called home prior to Prohibition. 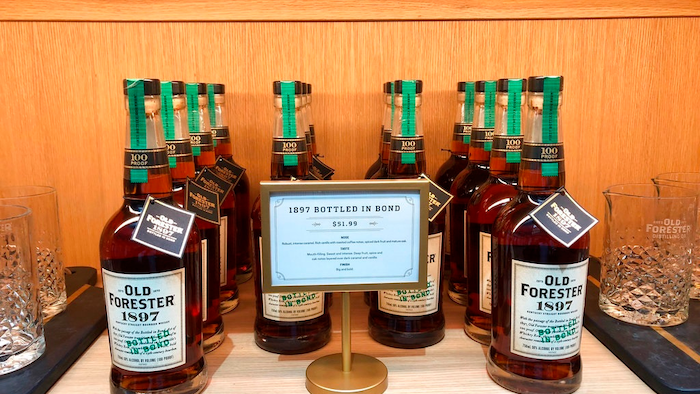 LOUISVILLE, Ky. (AP) — Old Forester, the bourbon that launched a family dynasty and a spirits company, has returned to its pre-Prohibition Kentucky home in a newly renovated building that symbolizes the brand's comeback from years of decline.

The Old Forester Distilling Co. opens its doors to tourists Friday along a stretch of downtown Louisville known as Whiskey Row for its historic ties to Kentucky's bourbon industry. Bourbon tourism has matured into big business in Kentucky, and Old Forester is tapping into the strategy to build brand awareness.

Construction of the distillery was slowed by a devastating 2015 fire in a neighboring building. The blaze set back the opening, but Old Forester President Campbell Brown, a descendant of the company's founder, said the company knows how to be patient since its business involves waiting years for products to mature.

Visitors to the new distillery can take in the sights and smells of bourbon making — from fermentation and distillation to barrel-making, aging and bottling — all under one roof.

At the end of tours, they can raise their glasses to toast George Garvin Brown, who launched Old Forester in the 1870s as the original brand of Brown-Forman Corp., the Louisville-based spirits company he founded. A huge mural of Brown is draped on a building across the street from the distillery and is easily seen from the tasting room.

The $45 million distillery, able to produce a portion of Old Forester's inventory, as well as a lineup of craft bourbons, is the surest sign yet of the venerable brand's revival in the ultra-competitive bourbon market.

"It just felt odd that we had not been able to create the kind of home place that we felt Old Forester deserved," Campbell Brown said.

The new Old Forester distillery is housed in the same building the brand called home prior to Prohibition.

For decades, Old Forester was a mainstay for Brown-Forman, and the brand's sales topped 1 million cases a year during its heyday in the early 1970s. But like other brown spirits, Old Forester struggled in the ensuing years as vodka grew in popularity. But the brand lagged even as the bourbon sector rode a resurgence led by the popularity of bourbon-based cocktails.

Old Forester sales had dropped below 100,000 cases a year by the time Campbell Brown took hold of the brand a few years ago. The brand now is riding double-digit growth, and yearly sales have surpassed 200,000 cases. Brown-Forman has bolstered the brand's marketing team and is looking to expand its limited overseas markets.

The urban distillery can produce about 100,000 cases of whiskey a year. It includes a small cooperage where visitors can watch bourbon barrels being made, as well as a bottling line and an on-site warehouse where 900 barrels of whiskey will age.

The distillery will employ 29 full-time production and operation employees along with seasonal and part-time workers.

For his family, which has held top leadership positions at Brown-Forman for generations, Old Forester holds a special place for Campbell Brown. He said he reached for Old Forester when learning how to make drinks for his grandmother.

"This is the one that forms the basis of what the DNA in our family looks like," he said.