Despite Criticism, Gov't Will Still Prop Up Sugar Industry

"It's one of the most ridiculous programs in the entire federal government, and that's saying something," said Rep. Tom McClintock, R-Calif. 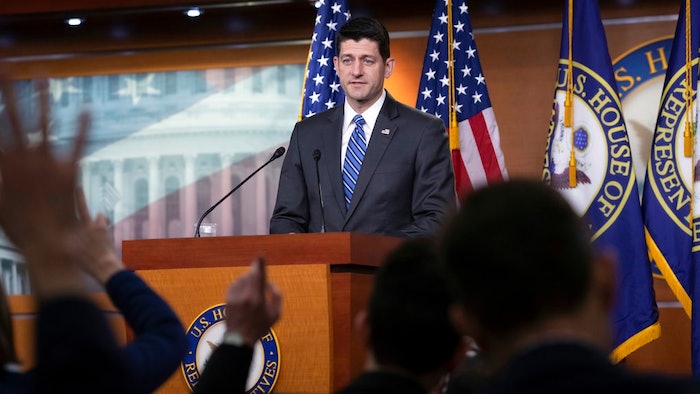 WASHINGTON (AP) — The U.S. sugar industry on Thursday won an easier-than-expected victory over food processors, soft drink manufacturers and candy makers trying to rewrite the government's much-criticized sugar program, a web of price supports, loans and tariffs that props up prices for the commodity.

In a decisive 278-137 vote, the House rejected a bid by Rep. Virginia Foxx, R-N.C., to significantly weaken the program and invite more foreign competition.

The sugar program was one of the key battles in this year's farm bill, a five-year renewal of federal farm and nutrition policy that is again proving to be a headache for Republicans controlling Congress.

This year, conservatives hoping to force progress on unrelated immigration issues are lining up to threaten passage of the overall farm measure. The move by the hard-right House Freedom Caucus appears to have put passage of the measure Friday in jeopardy.

GOP leaders are promoting this year's renewal of the measure as tightening work and job training requirements for food stamps. But the food stamp proposal has driven Democrats away from the bill. That means Republicans have to pass the measure with minimal defections, and it puts pressure on Republicans who have criticized costly farm subsidies in the past.

Meadows and other Freedom Caucus members met with House leaders into the evening Thursday to try to resolve their disputes. "Everybody's trying to get to 'yes,'" Meadows told reporters, but questions remain unresolved.

The sugar program is part of an amalgam of commodity support programs that have sweeping backing in Republican-leaning farm country. But many Republicans oppose the sugar program, saying it runs counter to the party's free market bearings.

"It's one of the most ridiculous programs in the entire federal government, and that's saying something," said Rep. Tom McClintock, R-Calif.

Some GOP moderates are uneasy about the new work standards for food stamps, which the Congressional Budget Office estimates would drive up to 2 million people off the program.

Currently, adults ages 18 to 59 are required to work part time or agree to accept a job if they're offered one. Stricter rules apply to able-bodied adults without dependents between the ages of 18 and 49. They are subject to a three-month limit of benefits unless they meet a work requirement of 80 hours per month.

The new bill expands that requirement to apply to all work-capable adults, mandating that they either work or participate in work training for 20 hours per week with the exception of seniors, pregnant women, caretakers of children under the age of 6, or people with disabilities.

For years, the twice-a-decade effort to rewrite the farm bill has relied on a coalition of farm-state Republicans who back federal agriculture subsidies and other assistance and Democrats supporting food stamps. This has proved frustrating to conservatives seeking to make changes to either side of the measure.

Foxx's sugar plan would have scrapped production limits, given the Department of Agriculture more power to boost sugar imports and eliminated a government program that sells surpluses to ethanol producers.

"Let's be crystal clear about what the sugar program does: It puts the government in charge of deciding how much sugar will be produced in this country, which inflates the cost — and it guarantees the processing industry a base profit by giving them subsidized loans," Foxx said Thursday. "We stopped these practices years ago for other commodities and only sugar is left with this sweet deal."

A comparable vote five years ago was very close, but Thursday's tally was a runaway. Democrats voted overwhelmingly to defend the sugar program, as did a majority of Republicans, heeding warnings that unraveling it would threaten the entire farm bill.

House Agriculture Committee Chairman Mike Conaway, R-Texas, said Foxx's proposal was a "poison pill" since its passage could bleed support for the underlying farm bill and force Republicans in some areas to take a politically tough vote.

Indeed, a string of lawmakers from Minnesota, Florida, Michigan, Texas and Nebraska rose up to defend the program and the thousands of jobs it supports in their states.

Passage of the farm bill is a priority for GOP leaders, who are eager to pitch to voters its tougher work requirements for food stamps, a party priority that polls well with voters.