After 35 years the iconic drink is getting a sleeker, more modern design and four new flavors. 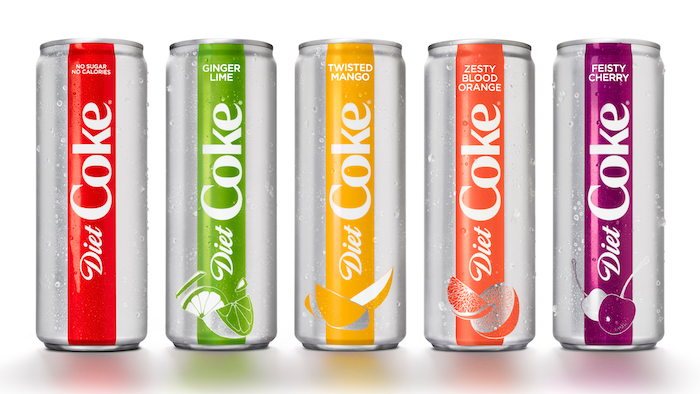 (BUSINESS WIRE) While the recipe for Diet Coke, which was launched in 1982, isn’t changing, its look is getting an upgrade. The Coca-Cola company announced that after 35 years the iconic drink is getting a sleeker, more modern design and four new flavors. Diet Coke Ginger Lime, Diet Coke Feisty Cherry, Diet Coke Twisted Mango and Diet Coke Zesty Blood Orange will hit store shelves next week.

The company has reportedly spent years developing the new flavors. The Coca-Cola Company is the world’s largest beverage company, offering over 500 brands in more than 200 countries. Of these, 21 of the company's brands gross more than one billion dollars annually, and 19 of those are considered low or no-sugar options.