The industry says it needs the phosphates to keep the frozen meat juicy. 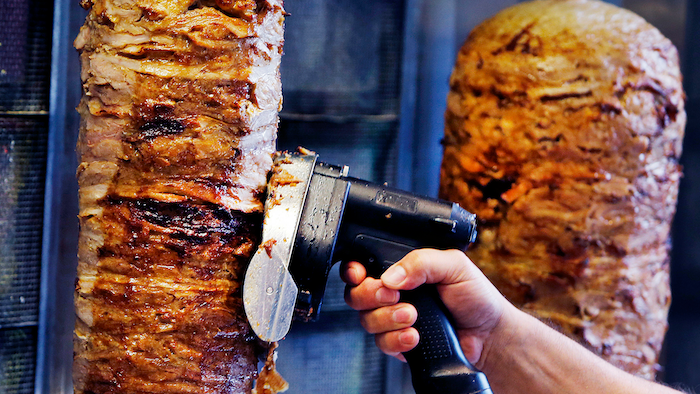 BRUSSELS (AP) — The European Parliament on Wednesday narrowly defeated plans to ban an additive that is considered key in industrial meats for the popular doner kebab.

Needing an absolute majority of at least 376 votes for a ban on phosphates, the legislature fell 3 votes short. The vote was 373-272 with 30 abstentions.

The decision had been hotly awaited by the doner kebab industry, which says it needs the phosphates to keep the frozen meat juicy, tender and tasty for consumption. Others argued that the phosphates were a health risk for cardiovascular diseases.

"We saved your kebab. You're welcome," said the Christian Democrat EPP group, which argued for keeping the phosphates in since it claims there is no proof of negative health effects.

The Socialists and Greens led the arguments for the ban on health grounds.

"This is sad day for consumer rights, which have been trampled on," said Greens EU legislator Bart Staes.

The vote had been portrayed by some as a battle to save the kebab from EU encroachment. Still, even if phosphates had been banned, the industry would have been only forced to look for alternatives, not forced to stop producing a fast food that is as popular in some European cities as the hamburger is in the United States.

A study by the European Food Safety Agency next year could reignite the whole debate, however.