It's evidence for the origins of today's winemaking industry. 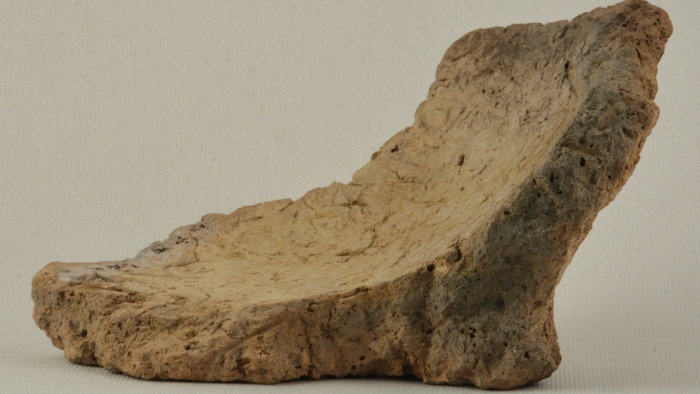 NEW YORK (AP) — Talk about vintage wine: Pieces of broken pottery found in the nation of Georgia provide the earliest known evidence for the origins of today's winemaking industry (view photos in gallery).

The eight shards, recovered from two sites about 30 miles (50 kilometers) south of Tbilisi, are roughly 8,000 years old. That's some 600 to 1,000 years older than the previous record, revealed by a wine jar found in nearby Iran.

It's not the oldest sign of winemaking; other evidence shows that a beverage that mixed grape wine with rice beer and other ingredients was produced as long as 9,000 years ago in China.

But the Chinese drink used a wild grape that has apparently never been domesticated, while the Georgian wine used a Eurasian grape species that did undergo domestication and led to the vast majority of wine consumed today, said researcher Patrick McGovern.

It's not clear whether the ancient Georgian vintners were using a domesticated form, but it's possible because they apparently made lots of wine, he said.

McGovern, from the University of Pennsylvania Museum of Archaeology and Anthropology in Philadelphia, is part of an international team that produced the new report. The findings were released Monday by the Proceedings of the National Academy of Sciences.

The new analysis showed the shards had absorbed the main chemical fingerprint of wine, tartaric acid, as well as some other substances associated with the beverage. The shards had come from jars that were probably used for fermentation and storage.

The study was largely financed by the National Wine Agency of Georgia. The nation continues to produce wine and considers it part of the national identity.

"It is very interesting that during this 8,000 years there was no interruption of wine-making tradition," said Shalva Khetsuriani, head of the Sommelier Association of Georgia.

The finding is "very significant" because it gives new evidence that the origins of winemaking should be sought in the region, said Gregory Areshian, an archaeology professor at the American University of Armenia who did not participate in the work. In 2011, Areshian reported the discovery of a 6,000-year-old winery in Armenia.