Brazil had already addressed concerns of American inspectors by prohibiting five facilities from shipping beef to the U.S., but it didn't go far enough. 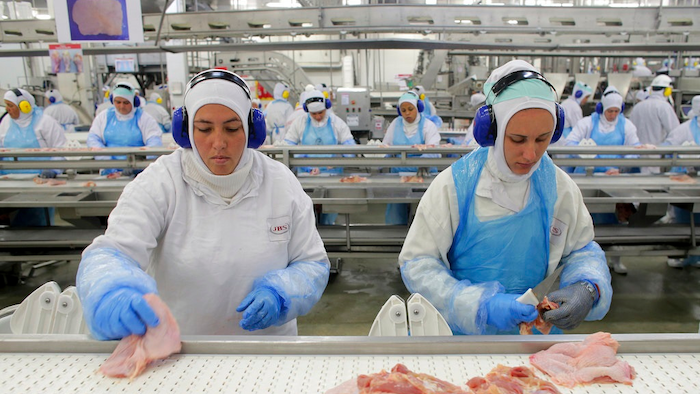 Blairo Maggi's posted social media comments on his trip and the ban late Thursday, hours after U.S. Agriculture Secretary Sonny Perdue announced in a statement the immediate suspension of all Brazilian fresh beef imports because of safety concerns.

Maggi said Brazil will fight for the U.S. market and that he plans to head a mission to the United States to negotiate the resumption of Brazilian beef exports.

Perdue said that since March, U.S. inspectors have refused entry to 11 percent of Brazilian fresh beef products, about 1.9 million pounds. "That figure is substantially higher than the rejection rate of one percent of shipments from the rest of the world," the statement said.

The statement noted that Brazil had already addressed concerns of American inspectors by prohibiting five facilities from shipping beef to the U.S., but said that didn't go far enough.

Maggi attributed the USDA's safety concerns to the lumps some steers develop as a result of an allergic reaction to the vaccine against foot-and-mouth disease. He said the lumps did not represent a public health hazard.

"We must resolve this matter as quickly as possible because cattle breeding in Brazil is going through a very difficult moment with low market prices," Maggi said.

The Brazilian Beef Exporters Association said in a statement it lamented the export suspension and that "adjustments to the production processes" are already underway and will be presented to the Agriculture Ministry's mission that will go to the United States.

In March, Brazilian authorities said they were investigating inspectors who allegedly allowed expired meats enter the market in exchange for bribes.

The episode had a large financial impact at a time when Latin America's biggest economy is struggling to emerge from its worst recession in a generation. For several weeks, the usual tens of millions of dollars in daily exports slowed to less than $100,000.

Brazil was the world's largest producer of beef and veal in 2016 and one of the top exporters, according to U.S. Agriculture Department. The country is also a major exporter of chicken and pork products.

Contract Talks Near for Thousands of West Coast Dockworkers