To prepare for the threat of the combined company, grocers will likely speed up plans to make stores more appealing, offer delivery and collect more shopper data. 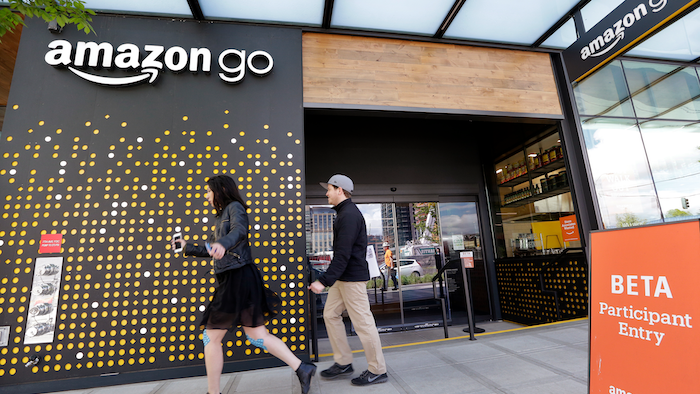 NEW YORK (AP) — Even before Amazon said it was buying Whole Foods, the grocery industry was scrambling to adapt to changing habits. Now the deal will likely quicken those efforts. Amazon's planned $13.7 billion acquisition of the organic and natural foods grocer signals a massive bet that people will opt more for the convenience of online orders and delivery or in-store pickup, putting even more pressure on the already competitive industry. Though online orders are estimated to account for just one to two percent of grocery sales, that figure is expected to grow.

It's not yet clear what specific changes are in store at either Amazon or Whole Foods, since the two companies are saying little about their plans. But to prepare for the threat of the combined company, grocers will likely speed up plans to make their stores more appealing, leverage locations to offer delivery and do a better job of collecting shopper data. They may also need to seek innovative partners of their own.

Here's a look at the changes that are expected to accelerate.

Grocery shopping is likely to get more sensory, as retailers try to make stores a draw beyond just picking up staples.

Kroger Co., for instance, has touted the opening of Murray's cheese shops in some locations. Whole Foods, a leader in redefining the modern grocery experience, offers a "produce butcher" at a recently opened store in New York City. "I think retailers are going to have to bring a lot of excitement to the store," said Stew Leonard Jr., CEO of Stew Leonard's, a grocery chain with five locations in Connecticut and New York.

Leonard noted his chain is known for free samples and costumed farm animals that walk around stores and greet shoppers. But he said he's looking for ways to modernize elements of the "show" his stores put on — such as the singing animatronics — to ensure that grocery shopping remains a family event.

Prepared foods are another way grocers are increasingly making their stores a destination. Some chains have classical musicians play as shoppers wander from wine sections to sushi stations or meet friends for a bite. And in a nod to the popularity of delivery companies like Blue Apron, Kroger and Whole Foods have been testing meal kits as well.

Major grocery retailers were already stepping up their efforts in delivery and in-store pickup of online orders. And Amazon's purchase of Whole Foods underscores the value of physical locations in offering such options. Many also say they will always want to do some of their grocery shopping in person to see what they're buying.

"All stores are not going away, it's just a matter of finding the store/online equilibrium," Credit Suisse analysts said in a note.

Maintaining the right balance will be critical. Walmart has about 4,700 U.S. locations, with plans to offer curbside grocery pickup at 1,100 by the end of this year. Kroger has nearly 2,800 stores that operate under a variety of names. Whole Foods' footprint is far smaller with about 440 locations, though those are mostly in urban and affluent neighborhoods where delivery might be more in demand.

As sales declined at established locations, Whole Foods recently said it was hitting the brakes on expansion and that it no longer saw potential for 1,200 locations. The company hasn't said whether that thinking changes under Amazon.

In the meantime, other retailers are getting into the delivery game by teaming up with startups. Instacart, which operates in 69 markets, counts partners including Costco, Publix, Target and Wegman's. Whole Foods is also among its partners, though the fate of their five-year contract may now be up in the air.

To try to compete with Amazon — which has become a go-to destination online for a range of products — other chains may look outside themselves to build up their operations.

Walmart, which gets more than half its revenue from groceries, has been expanding with its acquisition of Jet.com last year and last week said it was buying online men's clothing seller Bonobos. Other deals could follow the Amazon-Whole Foods announcement, with Credit Suisse analysts saying that mergers represent "the path to survival."

JP Morgan analyst Ken Goldman noted that Sprouts Farmers Market, which is known for its low prices on natural and organic products, could become a more likely target for acquisition. Sprouts has about 270 locations in 15 states.

The highly competitive and saturated grocery industry has been consolidating but is still fractured. The top 10 grocery retailers plus Amazon control less than half of the market, according to John Blackledge, an analyst at Cowen & Co. Several hundred grocery chains, convenience stores, dollars stores as well as mom and pop stores account for the rest.

Amazon's wide-ranging data collection and sophisticated analysis helps it set prices and decide what offers to present to different customers. Whole Foods had been working to get better at data collection with the rollout of a loyalty program, and Amazon is expected to give those efforts a significant boost.

Tracking shopper data to offer more targeted deals is seen as a critical advantage in the competitive grocery industry. Smaller regional players that don't have the resources to compete would be at a big disadvantage.

On the price front, Walmart, Target and Kroger were already feeling pressured. Deep discounter Aldi has been expanding and its German rival Lidl opened its first U.S. stores this month. And the pricing pressure may intensify.

Amazon is known for driving sales at the expense of profits, Stifel analyst Mark S. Astrachan noted, saying the company will likely maintain that approach as it looks to build market share in groceries.

The technology giant has been testing a cashier-less convenience store in Seattle where sensors track the items that shoppers put in baskets. Amazon spokesman Drew Herdener says the company has no plans to use such sensors to automate the cashier jobs at Whole Foods. Still, it's the kind of technology that could help cut costs down the road, and that others may look to as well.

The possibilities opened if Amazon is successful in acquiring Whole Foods, said RBC Capital Markets analyst David Palmer, would be "a game-changer in American eating."

Amazon is Becoming a Manufacturer

As a food or beverage processor, odds are you’re collecting analytics from various operations in your business. In the new short video, you’ll hear from industry experts about the role that leadership and management have in putting data to use.
Jul 1st, 2021