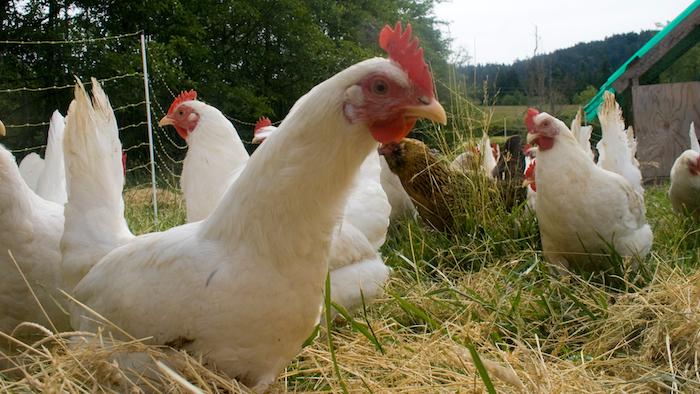 WASHINGTON (AP) — Organic meat and egg producers will have to abide by stricter animal welfare standards under a new rule announced Wednesday by the Agriculture Department.

The rule is a victory for animal rights groups two days before President Barack Obama leaves office. The regulations will ensure that organically grown livestock have enough space to lie down, turn around, stand up and fully stretch their limbs. Poultry will have enough room to move freely and spread their wings. Beaks can't be removed and cattle tails can't be cut. Living conditions will have to include fresh air, proper ventilation and direct sunlight.

The regulations were first proposed last year. Elanor Starmer, administrator of USDA's Agricultural Marketing Service, says the rules are designed to help organic producers meet consumer expectations and ensure the integrity of the USDA organic seal as the industry has grown rapidly.

"It ensures that everyone competes on a level field and plays by the same rules," Starmer said.

Farm-state lawmakers and some farm groups remain opposed to the rules, which they said could raise food prices and force some farmers out of business. Sen. Pat Roberts, R-Kan., chairman of the Agriculture Committee, said he'd work with Donald Trump's administration after he is inaugurated Friday to try and reverse them. Trump has yet to name an agriculture secretary.

"With less than 48 hours left in power, this administration has overstepped its bounds with this damaging rule," Roberts said.

The rules won't go into effect until 2018, and some of the changes aren't required for several years. That could give the next administration time to make changes.

The retail market for organic food products is valued at almost $40 billion in the United States. USDA said last year that the number of certified organic operations in the United States increased by almost 12 percent between 2014 and 2015, the highest growth rate since 2008 and an increase of nearly 300 percent since the department began counting operations in 2002.

The broadest changes proposed by USDA would cover indoor and outdoor access for poultry, including minimum space requirements. Producers will have to provide birds with daily access to the outdoors and those areas will have to include vegetation or soil. Enclosed porches cannot be considered outdoors.

The Agriculture Department removed language from the proposed rule that would have required producers to provide "suitable enrichment" to entice birds to go outside. That proposed requirement was mocked by Republican lawmakers who opposed the regulations — Roberts once joked about yoga and video games for chickens — and drew concern from food safety advocates who said more outdoor access may increase the chances of salmonella contamination.

USDA said that requirement was removed because it conflicted with Food and Drug Administration rules to prevent salmonella illnesses.

Animal welfare groups cheered the move. Wayne Pacelle of The Humane Society of the United States said the lack of well-defined requirements has led to inconsistency in how organic welfare standards were applied.

"The rule is a game-changer for the $40 billion organic market whose consumers often believe that organic farm animals are raised with strong animal welfare standards," Pacelle said.