New hire should help Swiss food and drinks giant seeks to evolve into a nutrition, health and wellness company. 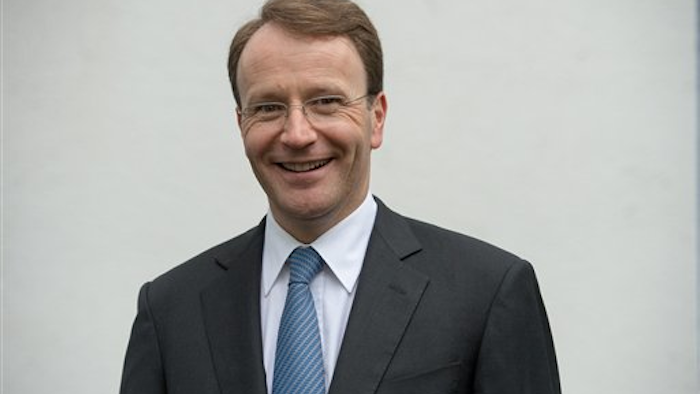 GENEVA (AP) — Nestle has selected health care industry executive Ulf Mark Schneider as its new CEO, as the Swiss food and drinks giant seeks to evolve into a nutrition, health and wellness company.

The company announced in a statement late Monday that Schneider, a 50-year-old German and American dual national, will take over starting Jan. 1 from current CEO Paul Bulcke.

Bulcke is taking over as non-executive chairman from Peter Brabeck-Letmathe, who is retiring after 50 years with Nestle.

Brabeck-Letmathe noted the transition amid an "increasingly difficult external environment" for Nestle, which reported a 37 percent drop in net profit last year due to a stronger Swiss franc and one-time items linked to deal-making. It has also been beset by recent product recalls.