Though the two sides have agreed to reduce some punitive tariffs on each other's goods, the full extent of the rollback wasn't clear. 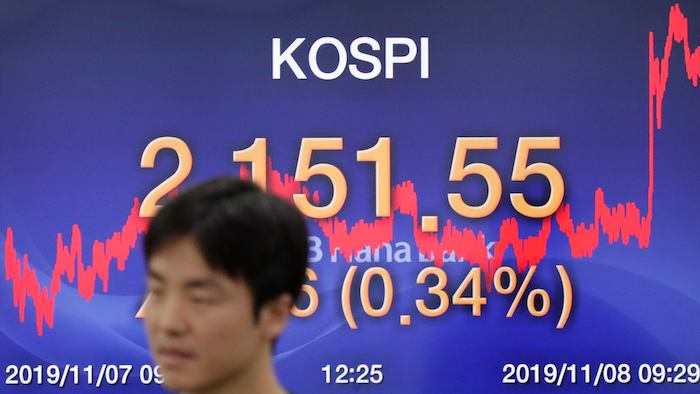 LONDON (AP) — Uncertainty about a possible U.S.-Chinese agreement to roll back tariffs in their trade war kept global markets in check Friday.

Though the two sides have agreed to reduce some punitive tariffs on each other's goods, the full extent of the rollback wasn't clear. A Chinese spokesman announced the development Thursday as talks on ending the trade war progressed, and it triggered a rally in U.S. stock markets.

The two biggest global economies have raised tariffs on billions of dollars of each other's goods. That has disrupted supply chains, threatening to chill worldwide economic growth.

"Sometimes we can get so caught up in the trade headlines that we don't stop to question why everything doesn't quite add up and align with past behavior," said Craig Erlam, senior market analyst at OANDA.

Wall Street was poised for a steady open after a series of records, with Dow futures and the broader S&P 500 futures both down 0.1%.

ENERGY: Benchmark U.S. crude fell 85 cents to $56.30 per barrel in electronic trading on the New York Mercantile Exchange while Brent crude, used to price international oils, declined 91 cents to $61.38 per barrel in London.

China's trade with US Shrinks in October