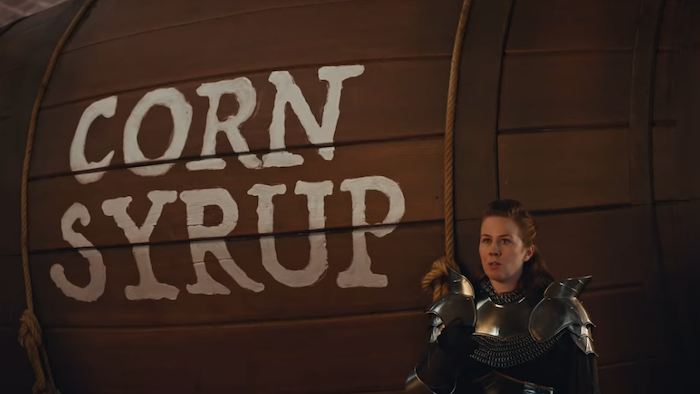 MillerCoors says Anheuser-Busch is preying on health conscious consumers with it's ad that was first broadcast during the Super Bowl.
Anheuser-Busch

MILWAUKEE (AP) — MillerCoors has filed a lawsuit against Anheuser-Busch, saying its St. Louis-based rival wants to "frighten" people away from Miller Lite and Coors Light by claiming those beers have corn syrup.

The lawsuit was filed Thursday in Wisconsin federal court but the feud between the country's two largest brewers began when Anheuser-Busch aired commercials making the corn syrup claim during this year's Super Bowl .

Corn syrup is a fermentation aid used by several brewers, including Anheuser-Busch and MillerCoors. But no corn syrup remains in the beers once fermentation is complete.

MillerCoors says Anheuser-Busch is preying on health conscious consumers who have negative connotations of corn syrup, sometimes confusing it with the high-fructose corn syrup in sodas. MillerCoors wants a judge to order Anheuser-Busch to stop the ads.