Mexico Says it Will Negotiate with Trump on NAFTA

Foreign relations secretary Luis Videgaray said "there are a lot of reasons to think the negotiation would be favorable for Mexico." 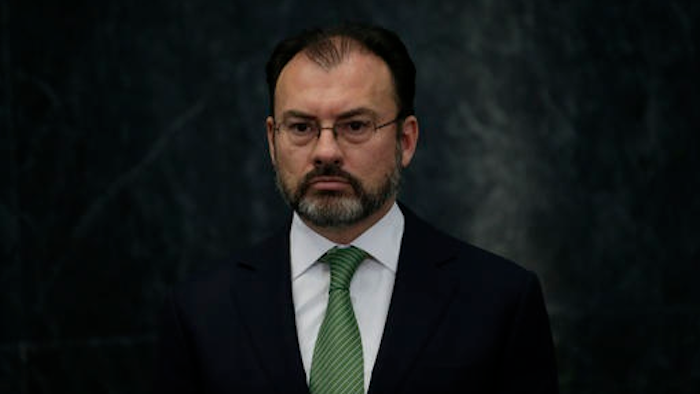 Luis Videgaray said there's "enormous uncertainty" following the U.S. election of Donald Trump as president. Trump has pressured companies not to move jobs to Mexico, warned he would tax those who do, and has vowed to renegotiate NAFTA.

Videgaray said in a Radio Formula interview that Trump's actions have caused concern, adding "that is why this (negotiation) process is so important, to dispel this uncertainty." He said talks should start "as soon as possible."

Mexico's peso weakened further Tuesday, closing at an interbank rate of 21.73 to $1.

Videgaray said his government's main concern would be "how to protect jobs in Mexico," and said "there are a lot of reasons to think the negotiation would be favorable for Mexico."

He said Mexico is willing to negotiate over Trump's plan to build a border wall. But Videgaray said Mexico won't pay for the wall, calling that "unacceptable."

Mexican manufacturing sectors such as the auto industry have benefited greatly from NAFTA, which went into effect in 1994. But wages haven't risen much and Mexican farmers complain about massive imports of U.S. grain and other farm products.

Trump: Canada Will Be Out of NAFTA if 'Unfair'