The bill would establish a label similar to the current U.S. Agriculture Department program for organic foods. 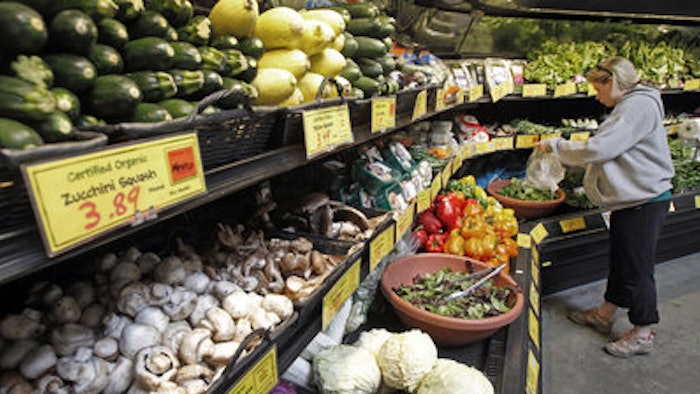 The House Agriculture Committee backed the Safe and Accurate Food Labeling Act of 2015 on a voice vote Tuesday.

The bill would establish a label similar to the current U.S. Agriculture Department program for organic foods.

It would also, however, preempt a Vermont law that would require companies to clearly label food produced with genetic modification.

Are you prepared for the reshaping of the food industry safety legislation?

Although the measure officially passed without opposition, several committee members voiced their concerns about the proposal.

“This is about letting Americans know if their food contains GMOs,” said Rep. James McGovern, D-Massachusetts. “Why not give the American people what they want?”

Supporters, including many industry groups, countered that the proposal would avoid wide disparities among states' requirements for food labels.

"The current patchwork system of varied labels interferes with the free flow of goods across the country, posing a real threat to interstate commerce and typically results in inconsistent and confusing information for consumers," said Agriculture Committee Chairman Mike Conaway, R-Texas.

The House is expected to pass the bill, but opponents hope to stop the measure in the Senate, where uncertainty among some Democratic members leaves its fate uncertain.

Vermont's labeling law is scheduled to take effect next year, although it faces an ongoing legal challenge from industry groups.

The bill would also void labeling laws in Connecticut and Maine, which would only become law if similar steps were taken in their respective neighboring states.