Our approaches to food safety have evolved and improved dramatically through the years. 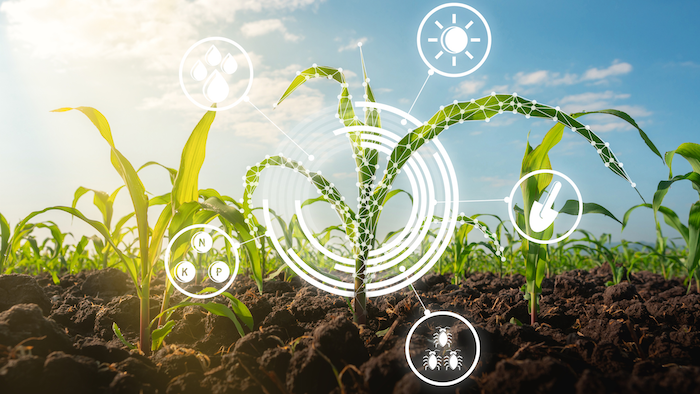 Scientists and researchers who study food and food safety have found that there are more than 250 food-borne diseases in the world. When someone eats contaminated food, they may experience an upset stomach, more severe symptoms like vomiting and diarrhea, or even face life-threatening issues. This is why food safety is so important.

From the earliest days of humankind, people have looked for a way to keep food safe to eat, beginning with cooking food over a fire and salting food to preserve it. As society developed technology, some of its earliest uses were applied to help with food safety.

Keeping food cold keeps it fresher longer and prevents the development of bacteria that causes food-borne illnesses. Ancient civilizations built underground food storage areas to keep food cool and, in more modern times, ice was used to keep food cold. Using technology to create a machine to keep food cold started in the mid-18th century and, by the 1830s, the first vapor-compression refrigeration machine was born.

This technology would continue to develop throughout the 1800s and in 1913, a step was taken that would forever alter food and food safety. This is the year that the first home refrigerator was created, dramatically changing society’s relationship to food.

They say that necessity is the mother of invention and, of course, money never hurts either. These are the circumstances that came together in the late 1700s when Napoleon offered a cash prize to anyone who could create a safe and effective method to preserve large quantities of food for his army.

In 1809, French inventor Nicholas Appert found that heating food in sealed glass jars kept the food from spoiling. He won the prize for developing the method but science wouldn’t understand why it worked or how to do it on a bigger scale until decades later when another French scientist came along (see below). It would be another century until commercial canning to preserve food started in the U.S.

Pasteurization, the process of heating liquids to kill bacteria that quicken spoilage and leads to food-borne illness, is most associated with milk. However, the French scientist that discovered and created this process, Louis Pasteur, did it to help save France’s wine industry. Building on the heating involved in the canning process, Pasteur figured out how long and at what temperature you could heat liquids to kill bacteria without affecting the taste.

This process was applied to milk in the late 19th century and significantly decreased the number of cases of people contracting tuberculosis from drinking milk from infected cows. The process was so successful at increasing the safety of milk that the first of many laws requiring milk to be pasteurized was passed in Chicago in 1908.

Ships and trains began using mobile ice boxes to transport food in the 1800s but it wasn’t until the 1940s when the cold supply chain, which keeps food (and other temperature-sensitive goods) safe and fresh, was truly born. This innovation came from a collaboration between an American inventor and entrepreneur, Fred McKinley Jones and Joe Numero.

Jones and Numero started a company now known as Thermo King and it was here that Jones invented the first air cooling unit that could be installed in trucks. This gave food growers and producers the ability to transport food more easily, cheaply, and efficiently, keeping food safe from farm to table.

Once the cold chain was in place and widely used by the food and other industries, it became important to be able to monitor the environmental conditions within the cold chain. This is where data loggers come in. Data loggers, according to Dickson, have a variety of applications beyond food safety. They provide precise, constant temperature monitoring of sensitive materials, like a shipment of raw chicken, for example.

These sensors can record a host of environmental conditions like temperature, humidity, and pressure. In 2021, many data loggers are internet-connected and can transmit data to a remote cloud-based monitoring system. This allows even greater control over food safety.

Ultraviolet light is a modern innovation that has several uses in the food safety arena. This light, which is a spectrum of light found in sunlight, and can be used to interact with different foods, beverages, and food-related processes to increase the overall safety of the final products.

Some examples of UV light’s use in the food safety industry include helping to decontaminate the air in food production facilities, sanitizing production surfaces, and even helping to remove contaminants from all types of beverages from water to orange juice. The more science learns about the value of UV light, the more food safety implications it has.

An emerging technology that is affecting food safety with a potential yet to be fully realized is blockchain technology. Blockchain is a decentralized electronic ledger that securely records every transaction, or block, in its chain. It is most commonly associated with cryptocurrency but has applications for food safety as well.

Blockchain can securely record every step of a food's journey through the supply chain so that there is more transparency. It can help people know how long their food has been around, how it has been handled, and whether or not it is safe. In the coming years, this technology will be used more and more to make sure the food we get is as safe as possible.

These are just a very small sampling of the innovations that changed food safety over the years. No one can be sure of where food safety innovations are going next, but what we do know is that there will be plenty more innovations in the future aimed to make food safer for all of us.