The San Francisco-based startup says the capital, now up to $233 million, will fuel rapid nationwide expansion into CPG and foodservice channels. 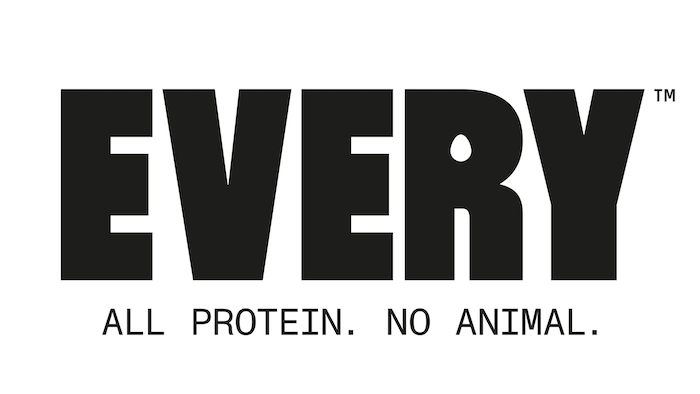 SAN FRANCISCO — The EVERY Company, a precision fermentation platform accelerating a global transition to animal-free protein, announced Dec. 7 that it has closed $175 million in Series C financing. The round was co-led by new investor, McWin, and existing investor, Rage Capital. Other new and existing investors joined the round including Temasek, Grosvenor’s Wheatsheaf Group, and TO Ventures. Prosus Ventures also contributed to the funding, marking its first investment in synthetic biology.

Notably, the Series C round raised by EVERY (formerly Clara Foods) was heavily oversubscribed due to strong investor appetite to fill the growing supply gap for animal-free protein and ingredient solutions.

“The global demand for alternative proteins has grown substantially, but the infrastructure needed to produce the necessary ingredients has yet to catch up. EVERY’s platform is a big step towards filling that gap,” said Katrin Burt, Managing Partner of Grosvenor’s Wheatsheaf Group.

The Series C round brings EVERY’s total funding to $233 million. EVERY will use the capital to scale production, commercialize a robust pipeline of animal-free protein products nationwide, and expand into a broad array of new food applications. EVERY will also continue to expand its protein production platform by mining the egg proteome for novel, hyper-functional proteins.

“It’s rare for a company to credibly claim revolutionizing a century-old industry. Arturo and the team at EVERY are doing just that,” said Gabriel Ruimy, Managing Partner of Rage Capital. “By leveraging precision fermentation technologies, EVERY™ is bringing ingredient synthesis from science fiction to supermarket aisles, starting with egg proteins and enzymes. We look forward to supporting the company in the commercialization of such exciting innovation in the next years.”

“The restaurant industry is one of the early adopters of new food technologies and their introduction to the consumer. Given our deep roots in restaurants and as a prolific investor in the leading alternative protein companies, McWin is uniquely equipped to support EVERY’s ambitious plans to bring its products to menus worldwide,” said Henry McGovern, founder of McWin Food Ecosystem Fund and AmRest, which operates over 2,300 restaurants globally. “Eggs are not only ubiquitous, but they are also incredibly difficult to replace; we see tremendous potential in EVERY’s revolutionary technology.”

“There has never been a better time to be a B2B ingredients platform,” said Arturo Elizondo, CEO & founder of The EVERY Company. “As the world’s biggest food companies work to evolve their product offerings into the 21st century by driving for cleaner, kinder, and more sustainable labels, the options available are few and far between. We at EVERY are perfectly positioned to enable the world’s largest and smallest food companies to transition to an animal-free future — without compromises. Now, our major objective is to scale the platform to make good on our promise to bring our proteins to everyone, everywhere. This new injection of capital will allow us to do just that.”

Proteins by EVERY are distributed globally by Ingredion, a Fortune 500 ingredients solutions company. Those interested in sourcing animal-free proteins or needing a sample for commercial use can contact sales@theEVERYcompany.com or visit theEVERYcompany.com.

The EVERY Company, headquartered in the San Francisco Bay Area, is the market leader in engineering, manufacturing and formulating animal-free animal proteins for the global food and beverage industry. Leveraging precision fermentation to produce hyper-functional and one-to-one replacement proteins from microorganisms, EVERY™ is on a mission to decouple the world’s proteins from the animals that make them. Originally founded as Clara Foods in 2014, EVERY rebranded in 2021 to better convey its vision to bring animal-free proteins to everyone, everywhere.