BANGKOK (AP) — A court in Thailand has dismissed criminal defamation charges against two people who were among more than 20 targeted in various cases by a poultry company in what critics say is a campaign of legal intimidation.

Bangkok Criminal Court on Monday dismissed the complaints brought in 2018 by Thammakaset Co. Ltd. against Nan Win, a former employee, and Sutharee Wannasiri, a staff member of the human rights group Fortify Rights, a lawyer for the defendants said.

A spokesperson for the plaintiff could not immediately be found for comment. The company has 30 days to appeal.

Critics say such libel cases are meant to deter lawsuits filed in the public interest, such as by labor activists and environmentalists. They decry criminal libel laws as especially open to abuse.

So-called strategic litigation against public participation lawsuits are meant to intimidate, rights advocates say, since they often pit corporations with strong financial and legal resources against individuals and groups operating on shoestring budgets.

Most Thai media have in the past year shied away from detailed coverage of the Thammakaset lawsuits.

The company has so far prevailed in only one of an estimated 38 lawsuits against workers, activists and journalists. In December, a court in Lopburi province, where Thammakaset’s farm is located, sentenced television reporter Suchanee Cloitre to two years in prison after finding her guilty of criminal libel for a comment she tweeted about labor abuse grievances at the company. She has appealed her case.

Thammakaset began filing lawsuits after some of its workers alleged in a 2016 complaint filed with Thailand’s National Human Rights Commission that the company had violated labor laws. The company claimed it suffered financial losses because the allegations caused Thai agribusiness giant Betagro to drop it as a supplier.

Thailand’s Department of Labor Protection and Welfare found that most of the workers’ complaints were justified and ordered the company to pay the workers 1.7 million baht ($54,000) in compensation and damages for their claims of overwork and underpayment.

Thammakaset also sued two workers and a labor activist for theft for taking their time cards to document their allegations of labor law violations. The company lost that case as well.

Sanya Ieadchongdee, a defense lawyer in the case decided Monday, said the court found that Nan Win and Sutharee in public talks, interviews and online postings had presented information that was true and well documented, and therefore were not responsible for any damage to Thammakaset. 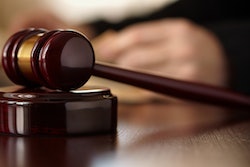