The fishery has been shuttered since 2013, and warming ocean waters threaten to thwart hopes of reopening it. 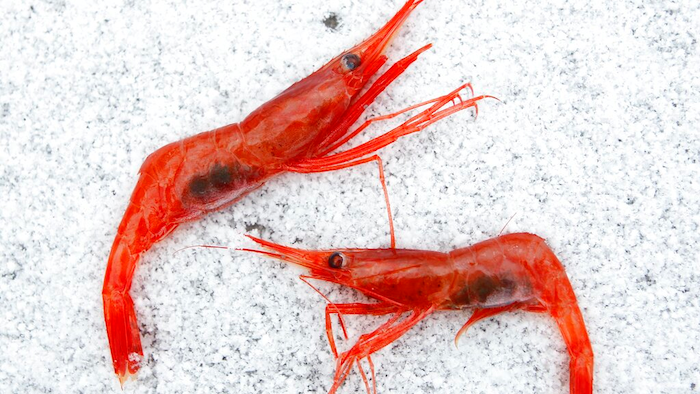 PORTLAND, Maine (AP) — Maine's long-shuttered shrimp fishing business has a chance to reopen in the coming winter, but the warming of the ocean threatens to keep the industry shut down.

Maine shrimp were once a winter delicacy, but the fishery has been shut down since 2013. Scientists have said environmental conditions in the warming Gulf of Maine are inhospitable for the cold water-loving shrimp.

An interstate regulatory board is scheduled to make a decision this fall about whether to extend a moratorium on the shrimp fishery that is slated to end this year. Scientists have not seen a lot of good signs that suggest reopening the fishery is a good idea, said Dustin Colson Leaning, a fishery management plan coordinator for the Atlantic States Marine Fisheries Commission, which regulates the business.

“Looking at recent data hasn't been very encouraging, and as you know, the ocean temperature isn't cooling,” Leaning said. “On the environmental side, it doesn't seem to be encouraging.”

A 2019 report from the Atlantic States commission found that the shrimp were depleted, the number of shrimp that were able to spawn was “extremely low,” and “recent environmental conditions continue to be unfavorable” for the species. New data about the shrimp will become available this year, but it will be limited because a lot of scientific surveys were canceled by the coronavirus pandemic, Colson said.

The shrimp are small, pink shrimp that are also fished by Canadian fishermen, though the Canadian product can be challenging to find for U.S. consumers compared to the more ubiquitous farmed and Gulf of Mexico shrimp that stock supermarket freezers.

New England fishermen often caught millions of pounds of the fish every winter. The catch exceeded 10 million pounds in several years in the 1990s and topped that total as recently as 2011 before a collapse in 2013.

Maine's fishing industry could use them back, said Lester Durant, manager of Cundy's Harbor Wharf in Harpswell, where many shrimpers used to bring their catch to land.

“It was a great fishery, a nice product,” Durant said. “We bought a lot of shrimp there years ago.”