Don't expect to get any extra sauce with your next order from the chicken fast-food retailer. 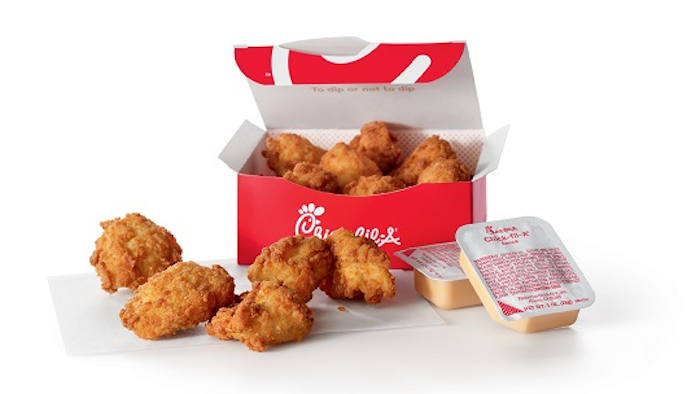 Remember a month ago when we reported about the great American ketchup packet shortage? It appears the sauce supply chain disruption has expanded to other condiments.

Chick-Fil-A posted a disclaimer atop its website beginning May 4 that brings users to a one-line message stating: "Due to industrywide supply chain shortages, some items, like sauces, may be unavailable. We apologize in advance for any inconvenience."

As a result, the chicken fast-food chain has resorted to rationing the amount of sauce it's giving to customers. Chick-Fil-A released a statement May 12 saying that its locations are handing out only one dipping sauce cup per entree, two per meal and three sauces per 30-count nuggets.

The restaurant's sauces include its signature Chick-Fil-A sauce, Polynesian and Sweet and Sour Sriracha.

An email sent to customers further clarified that the company will now be limiting what it gives out to one sauce per entree, two per meal, and three per 30-count nuggets.

Chick-Fil-A said that rationing has been enacted at many of its 2,600 restaurants in the US while it works to resolve the supply chain issue as soon as possible.