It follows the reveal that Pilgrim's Pride will pay $75 million for the same accusations.

One week after two of the United States' largest chicken producers announced they'd settled litigation with a group of buyers who said they inflated prices, the amount for one of those producers has been revealed.

In a Jan. 19 regulatory filing with the U.S. Securities and Exchange Commission, Tyson Foods said that it will pay $221.5 million to settle all class claims with plaintiffs accusing the company of price-fixing. Reuters notes that the settlements were with three groups of plaintiffs — direct purchasers, Commercial and Institutional indirect purchasers, and purchasers who bought chickens directly from Tyson. All settlements require approval by a federal judge in Chicago.

"While the company does not admit any liability as part of the settlements, it believes that the settlements were in the best interests of the company and its shareholders in order to avoid the uncertainty, risk, expense and distraction of protracted litigation," Tyson's filing stated.

On Jan. 12, the Wall Street Journal reported that Tyson had separately entered into an agreement to settle with the group of chicken buyers over price-fixing claims, but no amount was disclosed. A day earlier, a filing by Pilgrim's Pride said that the company agreed to pay $75 million to settle price-fixing claims.

Separately, price-fixing claims against other major poultry producers, including Sanderson Farms and Perdue, are still outstanding. And Reuters notes that Tyson still faces other price-fixing accusations by some large restaurant chains, supermarket operators and food distributors. 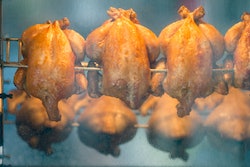 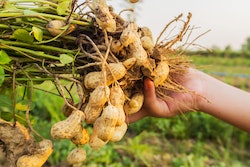