The seaweed industry was able to pivot to selling more of its products via retail locations than restaurants. 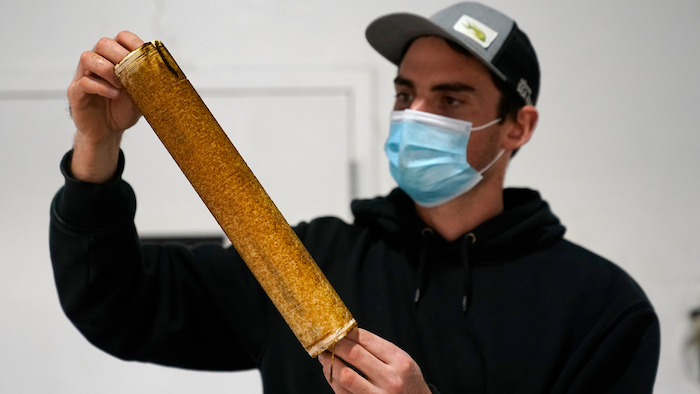 James Crimp, kelp supply director for Atlantic Sea Farms, inspects the growth of seaweed spores on a spool of twine at the company's nursery, Tuesday, Dec. 8, 2020, in Saco, Maine. The twine will be wrapped around line and set out to grow in the ocean until harvest time in the spring. (
AP Photo/Robert F. Bukaty

SACO, Maine (AP) — The coronavirus pandemic has been a struggle for much of American seafood, but at least one sector of the industry has found a way to grow during the crisis — the seaweed business.

Seaweed harvesting and farming, based largely along the rocky and chilly coast of Maine, has grown for several years as interest in foods and nutritional products made with the gooey marine algae have risen in popularity. Like many pieces of the seafood industry, seaweed is highly dependent on the restaurant sector, which made the pandemic a potentially major setback.

But that hasn't been the case, according to state records and members of the industry. Representatives for Atlantic Sea Farms, a Saco company that works with two dozen seaweed farmers and accounts for most of the seaweed aquaculture in the state, said it nearly doubled its harvest this year to 450,000 pounds.

Other growers said they continued harvesting seaweed through the pandemic, though finding workers and buyers was more complicated than a typical year. The industry was able to pivot to selling more of its products via retail locations than restaurants, and that meant it avoided the trouble that befell other seafood industries, such as the hard-hit oyster business, said Tollef Olson, president of the Maine Seaweed Council.

“Almost all the products we put out have been stabilized,” Olson said. “Some of the wholesale business definitely dropped off, but we're seeing more shelf space, and more online platforms.”

The statewide harvest of farm-raised seaweed in Maine grew from about 50,000 pounds in 2018 to about 275,000 pounds last year, state records show. Atlantic Sea Farms alone thinks its farmers will harvest more than 800,000 pounds in 2021. 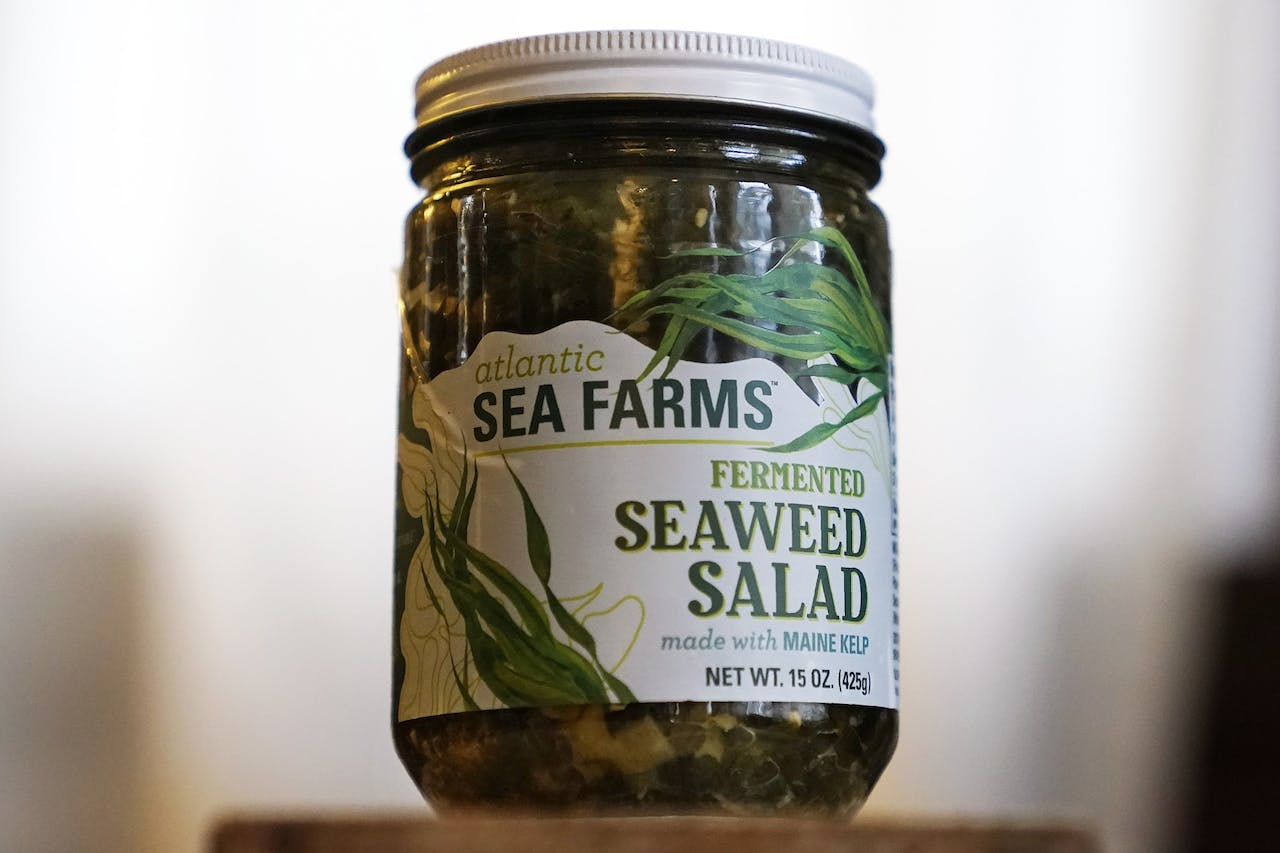 The seaweed is processed into products such as seaweed sauerkraut and frozen kelp cubes for smoothies. The state's seaweed industry also includes a wild harvest of rockweed, which is used for livestock feed and fertilizers.

The pandemic hit Maine right around the same time as the seaweed aquaculture business's spring harvesting season, said Bri Warner, chief executive officer of Atlantic Sea Farms. Members of the industry have had to hustle to get seaweed products in new stores due to restaurant closures, and have had some success, she said.

“Four ounces of a kelp in smoothie cubes is not the same as kelp on every salad in Sweetgreen that's going out the door. We're being very creative about how we sell,” Warner said. “We feel very good about being able to weather the storm.”

The seaweed business's ability to grow during the pandemic is an outlier within the U.S. seafood business. Consumer demand for seafood at restaurants dropped by more than 70% during the early months of the pandemic, and that sent troubling economic ripples through the business, according to one study published in the scientific journal Fish and Fisheries in November.

The seaweed industry has been limited by restrictions on the amount of people who can work on farms, said Sarah Redmond, one of the owners of Springtide Seaweed, a Gouldsboro grower. Growers often grow the seaweed underwater on ropes in bays, and the work is labor intensive.

However, the growth in people cooking at home, and looking to experiment with new ingredients, during the pandemic might have helped the seaweed trade, Redmond said.

“We've actually seen an increase in demand for our seaweed products,” she said. “There's still a demand for healthy food and healthy ingredients.”