Three former company executives, including two ex-CEOs, have been indicted on charges of price-fixing broiler chickens from 2012 to 2019. 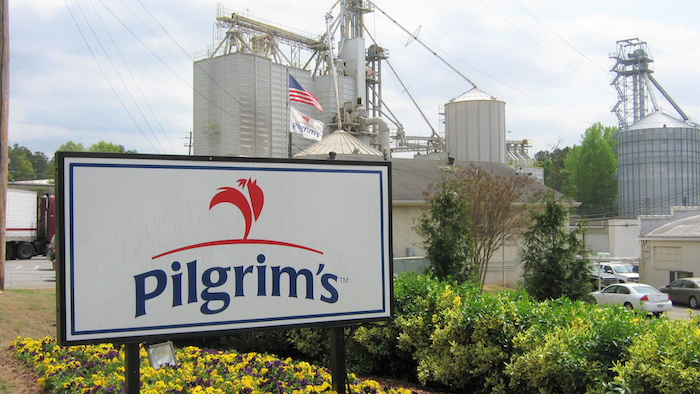 After three former employees — including two ex-CEOs — were among 10 individuals indicted on charges of price-fixing chicken products, Pilgrim’s Pride is set to pay $110.5 million to put the matter to rest.

The poultry producer — the second-largest in the United States — announced Wednesday that it has reached a plea agreement with the US Department of Justice Antitrust Division in its investigation into sales of broiler chicken products. That deal involves Pilgrim’s paying $110.524 million for “restraint of competition” that affected three contracts for the sale of chicken products to one customer in the US.

As long as Pilgrim’s complies with the terms of the agreement, no monitor, restitution or probationary period is recommended by the DoJ.

“Pilgrim’s is committed to fair and honest competition in compliance with U.S. antitrust laws,” said Fabio Sandri, Pilgrim’s CEO. “We are encouraged that today’s agreement concludes the Antitrust Division’s investigation into Pilgrim’s, providing certainty regarding this matter to our team members, suppliers, customers and shareholders.”

The deal, however, doesn't appear to apply to indictment cases against former Pilgrim's executives.

The announcement comes just a week after a new federal indictment was released that named six additional suspects in a price-fixing conspiracy that spanned 2012 to 2019, following an initial indictment filed in June that named four suspects for a price-fixing conspiracy that allegedly spanned 2012 to 2017. That first indictment named then-acting Pilgrim’s CEO Jayson Penn, who the company subsequently replaced in late September. Former Pilgrim’s vice president Roger Austin was included in that June announcement, along with Claxton Poultry president Mikell Fries and vice president Scott Bradley.

The Oct. 14 indictment named Penn’s former boss and Pilgrim’s CEO Bill Lovette as one of six new suspects involved in the “conspiracy to suppress and eliminate competition by rigging bids and fixing prices” of broiler chicken products from at least 2012 through 2019.”

The Brainstorm: How to Improve Conversion Rate

The boom year is attributed to favorable weather and grain prices inflated by drought in the United States and Canada.
Sep 14th, 2021

A new framework tells us how much comes from crops, countries and regions.
Sep 14th, 2021

Zurich-based Barry Callebaut has been a Hershey supplier since 2007.
Sep 7th, 2021

The document aims to build momentum for a binding global deal as early as next year.
Sep 3rd, 2021
Follow Us
Most Recent