Driscoll’s strawberries will initially be grown and developed in Plenty’s Laramie, WY farm, the largest privately-owned vertical farm R&D center in the world. 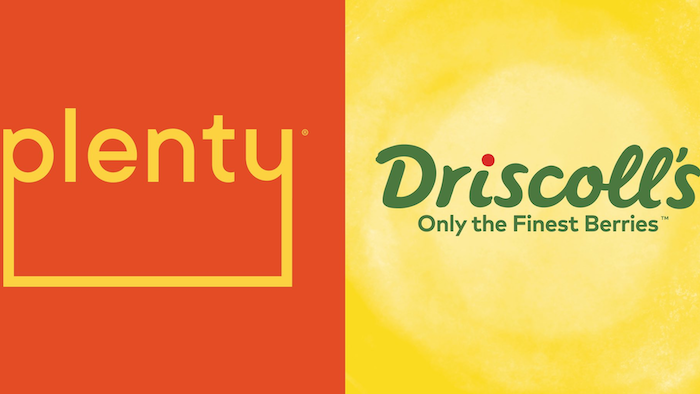 “It’s clear that Plenty’s vision and capabilities of pioneering the potential of indoor farming technology makes them the leader in this space,” said J. Miles Reiter, Driscoll’s Chairman and CEO. “As one of the few berry companies with a dedicated global R&D program, we believe our proprietary berries, which are focused on flavor, combined with Plenty’s technology leadership will create a competitive market edge as we expand to more effectively meet the future consumer.”

Plenty will incorporate Driscoll’s proprietary genetics and berry expertise into its advanced, indoor farming technology using its plant science expertise. Through this controlled environment, Plenty can consistently deliver great flavors from Driscoll’s varieties, while also optimizing for texture and size. The indoor environment will remove the unpredictability of Mother Nature, allowing both companies to meet the future needs of consumers worldwide, including geographical locations that are not hospitable to growing strawberries.

Plenty’s innovative and sustainable farm delivers produce year-round that tastes like it was picked fresh from the garden. Using data analytics, machine learning and customized lighting, Plenty is able to iterate at unprecedented speed, leveraging the more than 200 years worth of growing data the platform generates annually. This advanced agri-food platform has allowed Plenty to show over 700% yield improvement in leafy greens in the last 24 months, while maintaining its unique flavor and quality. Plenty’s South San Francisco leafy greens farm uses 100% renewable energy, powered by a combination of wind and solar energy.

“For over 100 years, Driscoll’s has been innovating in search of the best-tasting berries,” said Nate Storey, co-founder and Chief Science Officer of Plenty. “As they embrace the emergence of indoor farming, we are proud they have chosen Plenty as their collaborator to develop flavorful berries grown indoors in a clean, controlled environment. We are aligned in our mission to bring the most delicious food to our consumers while reducing our environmental impact. Our goal is to bring fresh, flavor-forward berries grown locally to consumers around the world.”

Driscoll’s strawberries will initially be grown and developed in Plenty’s Laramie, Wyoming farm, the largest privately-owned vertical farm research and development center in the world.

The two companies were introduced through John Hartnett of SVG Ventures, which focuses on agriculture and technology. He helped facilitate the discussions as both companies sought ways to grow the most flavorful strawberries.

“The future of food and agriculture through innovation is accelerated when leaders like Driscoll’s and Plenty come together to transform the growing process in ways that benefit consumers,” said John Hartnett, Founder & CEO SVG Ventures & THRIVE. “We are delighted that our open innovation partnership with Driscolls played an important role in this opportunity.” 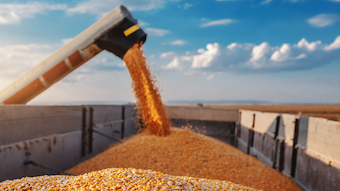 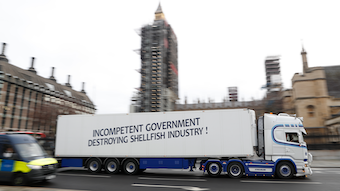 Some in Britain's fishing industry say they are facing ruin because of new barriers to shipping their catch abroad.
Jan 18th, 2021 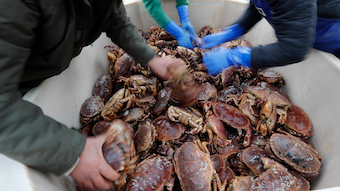 Farm cash receipts are forecast to decrease nearly 1 percent to $366.5 billion, the lowest in more than a decade
Jan 4th, 2021
Follow Us
Most Recent