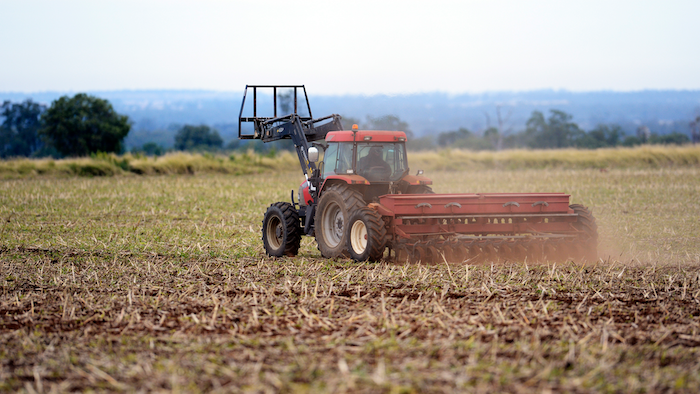 In this May 21, 2013 photo, a dairy farmer sows barley on his property on the Darling Downs in Brisbane, Australia.
Dan Peled/AAP Image via AP

CANBERRA, Australia (AP) — A major Australian barley exporter barred from China in the latest trade dispute to hit bilateral relations said on Wednesday the Chinese are only now acting on grain shipments dating back to 2019.

But the delay in China's response to a sanitary issue adds weight to suspicions that CBH has become collateral damage in a political dispute over Australia's call for an independent inquiry into the coronavirus pandemic.

CBH chief marketing and trading officer Jason Craig said on Wednesday the Chinese ban was over weed seeds in barley shipments to China dating back to December last year.

Suspect barley shipments have since been retested and were within tolerance limits agreed between China and Australia for the seeds, Craig said.

“This is not about a financial impact. It is basically a reputation impact,” Craig said of the ban.

The ban has little practical effect because China shut its doors to Australian barley with a tariff wall in May after Australia angered China with calls for a coronavirus inquiry.

Five Australian abattoirs have also been banned from exporting beef and a Chinese inquiry into pricing could cost the Australian wine industry its largest export market.

“The government is working with the exporter and Chinese authorities to resolve the matter,” Littleproud said in a statement.

Since China erected a 80.5% tariff barrier against Australian barley, 300,000 metric tons (330,000 U.S. tons) of the crop have been delivered to China to fulfill preexisting orders.

But CBH made its last deliveries to China before the ban.

Asked if CBH were a casualty of a political dispute between China and Australia, Craig did not directly answer.

“A number of Australian agricultural commodities have been impacted over the last 12 months including wine, beef and of course barley and this has obviously been quite disappointing,” Craig said.