Disruptions due to outbreaks of the illness and restrictions on businesses and travel to control them run the gamut. 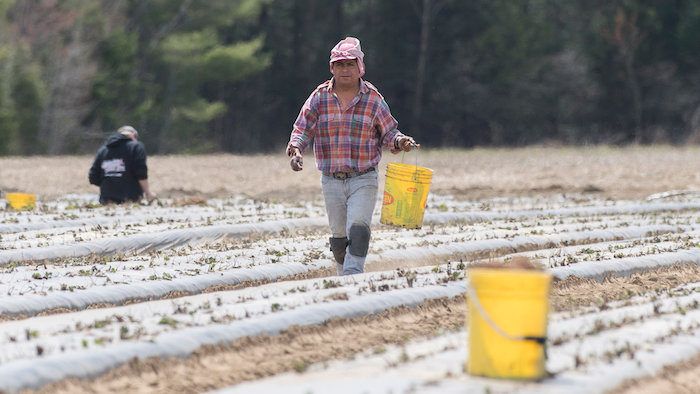 In this May 6, 2020, file photo, a temporary worker from Mexico plants strawberries on a farm in Mirabel, Quebec as the COVID-19 pandemic continues in Canada and around the world.
Graham Hughes/The Canadian Press via AP, File

The coronavirus pandemic has brought hard times for many farmers and has imperiled food security for many millions both in the cities and the countryside.

United Nations experts are holding an online conference beginning Tuesday to brainstorm ways to help alleviate hunger and prevent the problems from worsening in the Asia-Pacific region — a challenge made doubly difficult by the loss of many millions of jobs due to the crisis.

The U.N. Food and Agriculture Organization forecasts that the number of undernourished people will increase by up to 132 million in this year, while the number of acutely malnourished children will rise by 6.7 million worldwide due to the pandemic.

“We must come to terms with what is before us and recognize that the world and our region has changed," said Jong-Jin Kim, the FAO's assistant director-general and regional representative for Asia and the Pacific.

“We must find new ways to move forward and ensure sustainable food security in the face of these twin pandemics, as well as prepare for threats that can and will evolve in the future,” Kim said.

Disruptions due to outbreaks of the illness and restrictions on businesses and travel to control them run the gamut, from crops going unharvested by migrant workers unable to reach their jobs to transport problems to farm families selling livestock and equipment to survive. the FAO said in a report prepared ahead of the meeting.

The combined impacts of COVID-19, natural disasters such as typhoons and drought, diseases and pests such as locusts have highlighted the need to build stronger capacity to “manage multiple risks to food systems," the report said. 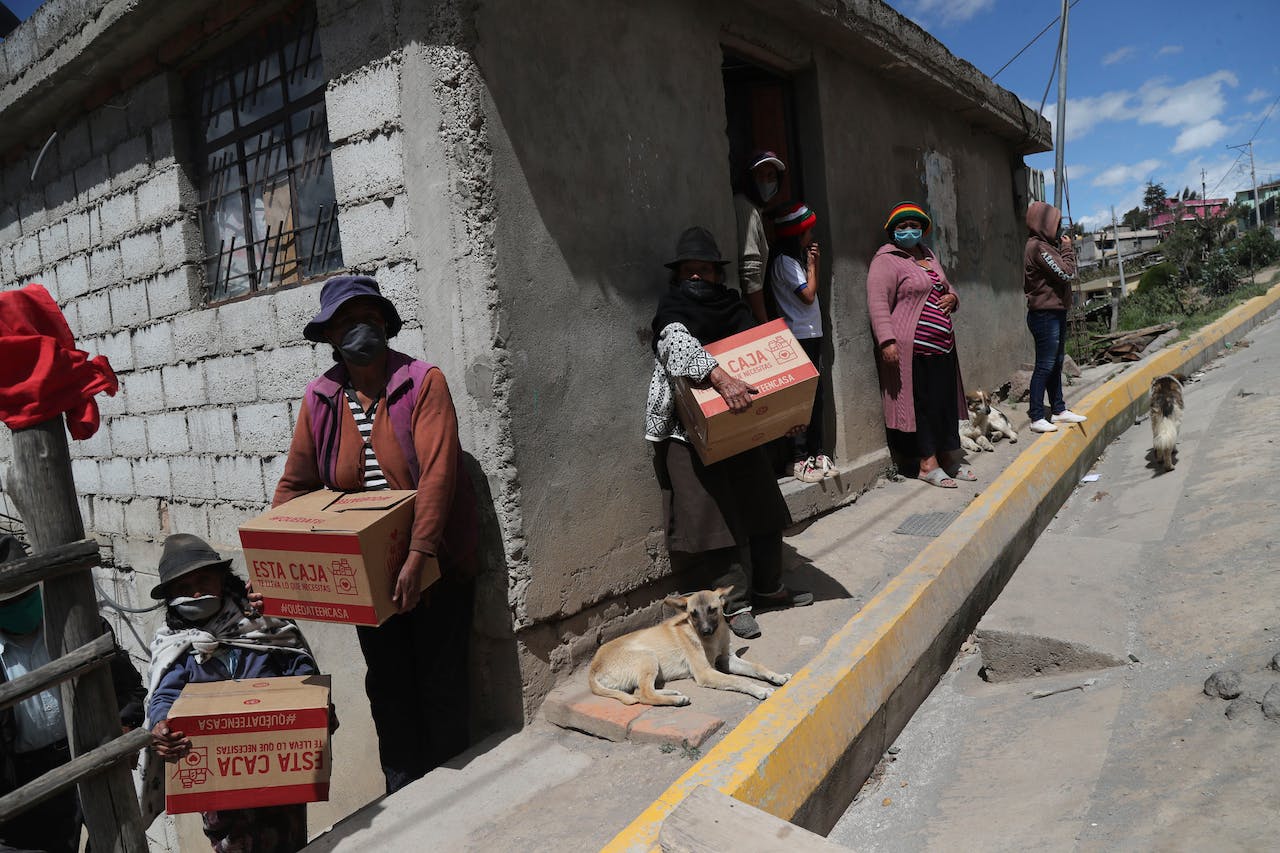 In this May 27 file photo, residents wearing protective face masks hold food boxes distributed by the government during a lockdown to contain the spread of COVID-19, on the outskirts of Quito, Ecuador.AP Photo/Dolores Ochoa, FileThe FAO is urging faster deployment of high-tech tools such as drones and smartphone apps to monitor crops, pests and other farming conditions as part of a transformation of food systems to make them more resilient and reduce risks, especially for the most vulnerable small farmers in poor countries.

That includes food insecure places like Yemen, where the U.N. says more than a quarter of a million children are suffering from severe malnutrition and will die without treatment, and parts of Africa where nearly 5 million people are threatened with starvation due to locust outbreaks.

But long lines at food banks even in wealthy countries like the United States attest to the struggle to keep families fed with tens of millions newly unemployed.

In countries like Thailand, where tourism helps to keep the economy afloat, closed borders and cancelled commercial flights have had a ripple effect across many industries.

The government has provided more than $5 billion in emergency aid to more than 10 million farmers, the agriculture minister Pisan Pongsapitch told the conference.

But the loss of livelihoods is a long-term crisis.

The question is how to fix a broken food system, said one participant.

The FAO report released for the conference, sponsored by Bhutan, recommended providing loans to farmers to help them avoid selling their livestock and other assets to get by.

It noted that enterprising fishing villages in southern Thailand's Phuket have arranged barter deals with rice farmers in the northeast of the country. Some fisher folk in Indonesia unable to export their catches switched to netting more affordable fish that they can sell to local villages.

In many countries, farmers increasingly are using e-commerce and digital data to fine tune planting and other aspects of agriculture. Chinese e-commerce platforms are helping to match supply and demand for farm produce and other food.

On a smaller scale, FAO experts noted there were many potential home-grown solutions, literally, like farming using sacks or hydroponics, growing crickets for food and processing camels' milk to make cheese.